The Knesset plenum on Wednesday gave its preliminary approval to an amendment to bill aiming to relieve pressure in overcrowded prisons by allowing the early release of some convicts. The original draft of the bill included security prisoners, and the new version excludes them.

The amendment, proposed by MK Oded Forer (Yisrael Beiteinu) and a group of MKs, passed its preliminary reading by a 48-7 vote. It will now be sent to the House Committee for debate and amendments.

Currently, the prison service may reduce a convict’s sentence by a week for each period of six months served, the proposed legislation automatically cuts a six-month sentence by two weeks, a one-year sentence by a month; and a 20-year jail term by seven-months – before the prisoner has set foot behind bars.

“The terror attacks which began in September 2015 and continue to this day necessitate increased deterrence against [those involved in terror],” state the explanatory notes accompanying the bill. “There is no doubt that denying the option of a shortened sentence will create more significant and effective deterrence than the current situation, in which abettors of terror and terrorists who murdered Jews can be released from prison without completing their full sentence. Therefore, it is proposed that those convicted of terror or security offenses will not be eligible for parole or a deduction of a third of their sentence.”

MK Forer said, “When we see terrorists who carry out acts of terror receive benefits due to good behavior, we understand what kind of message we are sending to other terrorists. The message the State of Israel is sending is: commit acts of terror and you’ll either be released in prisoner exchange deals, or a third of your sentence will be cut. Any intelligent person understands that security prisoners should not enjoy the privilege of having a third of their sentence commuted.” 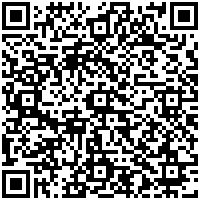