Knesset Speaker Yoel ‘Yuli’ Edelstein and several other Members of Knesset took time out ahead of the upcoming Passover holiday to pack food parcels for the needy at Migdal Ohr, with the founder and dean of the Migdal Ohr educational network, Rabbi Yitzchak Dovid Grossman.
Rabbi Grossman led the campaign to collect money for the parcels and led the distribution to thousands of families. This is the 15th year running that Migdal Ohr have led such a drive before Passover.


Speaker of the Knesset Edelstein said that he “calls on every Israeli citizen to undergo this special experience, and is certain that whoever is volunteering here today will sit at the Seder table and be able to smile more.” Edelstein also took time to sit and learn with Rabbi Grossman during the campaign.

Migdal Ohr, headed by Israel Prize laureate Rabbi David Grossman, leads the campaign to collect and distribute food parcels to thousands of families in Israel. This year the distribution was held at the Sirkin military camp under the theme “Hag Saveah LeYeladim” (A satisfying festival for children). The idea is that there shouldn’t be any hungry children during Passover in Israel.

This is in the shadow of poverty statistics published by the National Insurance Institute, which state that the poverty rate among families in Israel has risen consistently in recent years and one in five families is below the poverty line of NIS 3,158 per month per capita. One out of every three children in Israel reportedly goes to sleep hungry.

The products were collected at supermarkets and collection centers around Israel and packaged with the assistance of hundreds of volunteers. The volunteers formed a human conveyor belt, moving boxes from one product to the next, putting one of each item inside until the end where the boxes were sealed. 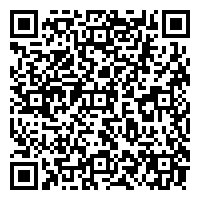