A new bill aiming to impose heavy taxes on organizations that receive the majority of their funding from foreign governments was submitted on Sunday by Deputy Speaker of the Knesset, MK Nava Boker (Likud). The bill proposes stripping these groups’ income-tax exemption, while imposing a maximum tax rate of 45% on their income.

The bill’s explanatory notes state that it is intended to “reduce the involvement of foreign governmental entities” using Israeli organizations that do “substantial harm to the State of Israel’s basic character and sovereignty.”

Some 25 registered Israeli organizations that receive the majority of their funding from foreign governments, including the far-left NGOs Adalah and HaMoked that defend terrorists in court, and Coalition of Women for Peace and Who Profits that promote the BDS movement.

Other such NGOs include Zochrot, which works to eliminate the Jewish character of the State Israel by promoting the resettlement of millions of Arabs in Israel, and Yesh Din, which accuses IDF soldiers of perpetrating war crimes and habitually petitions Israel’s High Court of Justice against the IDF.

“The industry of lies against Israel generates millions of dollars a year,” said MK Boker, adding that “the ones who profit from this anti-Semitic propaganda are Israeli citizens who are agents of the BDS movement.”

Boker continued: “This bill aims to end the cash flow from international institutions to Israeli NGOs and make it difficult for them to intervene in Israel’s security affairs. This is the only way to prevent these traitors from wreaking destruction on us.”

Matan Peleg, CEO of the Zionist organization Im Tirtzu, which has been one of the most vocal critics of foreign governmental funding, said that this phenomenon is anti-democratic at its core.

“Rather than respecting the wishes of the Israeli public to determine their own policy at the ballot box, foreign governments are bypassing the public by funding organizations that work to change the country from within while simultaneously encouraging international pressure against Israel,” Peleg stated.

“This is how we have a situation whereby millions of dollars pour into these organizations that work to eliminate the Jewish identity of the state, to defend terrorists in court, and to promote delegitimization against IDF soldiers,” he said.

It should be noted that since the enactment of Israel’s new NGOs Law, which requires groups receiving more than 50% of their income from foreign sources to register as foreign agents for the purpose of appearing before Knesset committees, said NGOs have magically reduced their foreign income to just below 50%. 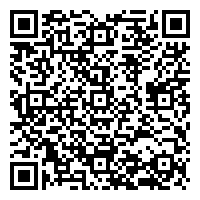