The Knesset plenum on Wednesday approved in a preliminary reading a bill to amend the Police Ordinance law submitted by MK Bezalel Smotrich (Habayit Hayehudi) and a similar proposal by MK Anat Berko (Likud). The bill gives district police commanders the authority to set conditions that must be met before the body of a terrorist killed during the commission of a terror act is returned to the family for burial.

If, in the commander’s opinion, there exists a suspicion that releasing the body would generate an act of terrorism, a mental harm, or statements of support for terror—in connection with the funeral or burial of the assailant—he may suspend the transfer of the body.


62 MKs supported and 21 opposed, with 3 abstentions. The bill was submitted to the Knesset Interior Committee for hearings and amendments.

The explanatory notes accompanying the bill read: “In recent years we have witnessed a growing phenomenon whereby after a terrorist attack is carried out there ensue expressions of support, sympathy, encouragement or identification with the act of terrorism, with the terrorist, the organization to which he belongs or the murderous ideology in whose name he committed the act of terrorism.

“In particular, this was expressed during the burial ceremonies of those terrorists.

“More than once, there have been cases in which posters were raised, cries were heard and speeches were made expressing support for the terrorist attack or calling for additional terrorist acts.”

The bill explicitly authorizes the police district commander in whose opinion any of the above might ensue from releasing the body, to order conditions that, if not met, he would not allow the body of the assailant to be transferred for burial. These conditions are intended to ensure that the burial ceremony will be performed solely for burial purposes, and there would be no performances of support and identification with the deceased or the act he committed.

Regarding such expressions, the bill’s accompanying notes say, “reality teaches us that they have the power to motivate others to commit acts of terrorism.”

MK Smotrich said in a statement: “This proposal should never have come to life. Over the years, it has been clear that the Israel Police has the authority to detain the bodies of terrorists, among other things for the purposes of exerting pressure to release our own POWs, but mainly to continue fighting terrorism and preventing the absurdity in which a funeral becomes a procession of praise for the despicable murderer and naturally turns into incitement.”

“unfortunately, despite the appropriate clause in the law and despite common sense,” Smotrich continued, “the High Court of Justice has ruled that it would not be satisfied with a general approval [to retain a terrorist’s body] but requires a specific authorization. So today we established such a clear authority.”

MK Abd Al Hakeem Haj Yahya (Joint Arab List) Arab List) objected, saying, “This law is populist, and it yet is another finger in the eye of the High Court of Justice, which explicitly says that you want to use bodies for bargaining purposes. […] The court said we should bury. This law is hallucinatory. We honor the dead by burying him—according to every religion—no matter what he had done.” 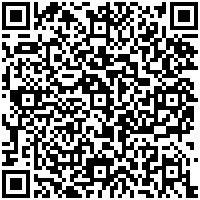