With official silence still emanating out of the Yisrael Beytenu party, the rumor mill continues to grind out explanations as to why the popular Deputy Foreign Minister, Danny Ayalon, was removed from his party’s list ahead of the upcoming elections.

According to Friday’s Makor Rishon the reason has to do with a combination of Ayalon’s media savvy, constant interaction with the news media and not always following the party line, or more specifically Liberman’s exact instructions.


Makor Rishon reports that insiders say that there was tension between the two since the beginning of their term together, in part because Ayalon was popular among the foreign press due to his excellent English and personal interaction with them, and in part because of Ayalon’s philosophy that the Foreign Ministry needs to interact a lot with the media in order to get their message across, while Liberman prefers to play his cards close to his chest.

Ayalon is considered one of the cutting edge politicians when it comes to using social media tools such as Facebook and Twitter.

Channel 10 had reported that Ayalon was dropped for leaking information to the press, Makor Rishon seems to confirm that this is what Liberman believed, and that over the past four years, Liberman not only excluded Ayalon from meetings, but also embedded one of his personal spokespersons into Ayalon’s office whom Ayalon believed was there to report on him back to Liberman.

Sources in Yisrael Beytenu said that Ayalon knew for two days that he was probably going to be kicked out, and could have quit on his own respectfully.

Ayalon office says he was only officially informed two hours before the announcement. 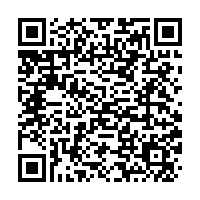