The cornerstone of the Shelby White and Leon Levy Lod Mosaic Archaeological Center was laid on Thursday in a festive ceremony that included Lod Mayor Yair Ravivo, Israel Antiquities Authority Director Israel Hasson, and Shelby White, rated by Forbes as one of America’s top 50 givers and the women behind the establishment of the center.

The famous Lod mosaic, which was viewed by hundreds of thousands of visitors in the most important museums throughout the world, including the Metropolitan Museum of Art, the Louvre, and the Hermitage, is one of the most spectacular and most complete ever revealed to the world. The mosaic was found accidentally in 1996 by Miriam Avisar from the Israel Antiquities Authority, as part of a dig aimed at saving archaeological finds in a square on HeKhalutz Street in Lod.


The mosaic, dated to the late Roman period (3rd to 4th centuries CE), remain covered until 2009, when the IAI finally found the budget for the preservation and conservation to properly display the site –a generous donation by the Leon Levy Foundation and Shelby White.

The extraordinary mosaic originally served as the floor of a living room in a villa, which was constructed in Lod during the Byzantine period. It is 17 yards long and 9 yards wide, and is composed of colorful images of mammals, birds, fish, flora and ships. The design is influenced by north African mosaics.

Notably, unlike other mosaics from the same period, the Lod artifact contains no human figures.

South of the main mosaic a second colorful mosaic was discovered, also part of the same villa, which will be incorporated into the new museum.

The site is located in the northeastern section of Lod, easily accessible from Ben Gurion International Airport and two major highways, boosting its chances to attract tourists to the city.

Philanthropist Shelby White said in a statement: “The Lod Museum will be a dream comes true, that began when my husband Leon Levy and I first saw the magnificent mosaic twenty years ago. This could not have happened without the strong support of the Lod community and the Israel Antiquities Authority.” 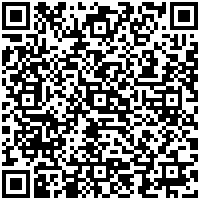