The PETA video did not prove a thing, but it was nonetheless effective in erupting a storm as The Forward newspaper carried the baton forward. The Forward was founded by Jewish socialists and promoted their cause.

In May, 2006, the paper ran an expose under the banner, “Kosher Jungle.” This would be The Forward’s first salvo in their campaign against Shalom Rubashkin and Agriprocessors. The title, “Kosher Jungle” was a play on the name of Upton Sinclair’s dramatic novel, The Jungle, portraying the appalling working conditions in the Chicago stockyards at the turn of the twentieth century.


Sinclair’s prose is searing as he describes the company speeding up the disassembly line to squeeze more work out of the men – primarily immigrants, hoping for their share of the American dream – for low and dishonest pay. The workers lost fingers as knives were wielded, and were instructed to haul 100-pound hunks of meat that crippled their backs. Lunchrooms were rare, and workers ate where they worked.

The Jungle, just like Harriet Beecher Stowe’s Uncle Tom’s Cabin proved the power of fiction to impact upon a nation. Sinclair’s book shocked the public and led to federal intervention.

The Forward article followed this cue by describing impoverished immigrants employed in the factory’s dirty work[i]. And just like The Village Voice in the 1970s set as their agenda the defamation of Rabbi Bernard Bergman and his nursing homes; The Forward was after Shalom Rubashkin and Agriprocessors – no substantiation or honest investigation required.

The paper featured how the cutting hand of one anonymous Guatemalan interviewed was swollen and deformed. She claimed that she had hardly been given any safety training, although she worked with tools designed to cut and grind through flesh and bone. Her wage started at $6.25 and her paychecks, she claimed, were shortchanged regularly.

The PETA investigator who shot the notorious footage told The Forward that the worker’s cafeteria was inferior to what he had seen while undercover in slaughterhouses in Arkansas and North Carolina. This does not only sound familiar, it smacks of Sinclair-esque plagiarism. And not coincidentally, it also led to intervention that would culminate with a federal raid which brought about the bankruptcy of the plant and a near body blow to the social and economic life of Postville. This, is the darker side of muckraking.

There was still room for others on the bandwagon. Conservative rabbi, Morris Allen of Mendota Heights, Minnesota, was at the forefront of the Conservative movement’s attempt to provide a new kosher certification called, “Magen Tzedek” (which would later be called Hechsher Tzedek). This accreditation was meant to assure that kosher food manufacturers in the U.S. operate in accordance with Jewish ethics and social values regarding cruelty to animals, environmental impact, business uprightness and the treatment of workers, particularly immigrant laborers.

As is, kosher consumers pay considerably more for their food in order to avoid a Biblical prohibition. No one is opposed to social justice and animal rights – until they have to pay for it. Especially when it is assumed that it is the government’s responsibility to oversee all of these principles.

In other words, this was going to be a hard sell, unless some major kosher organization would buy in; or the vital need for such a body such as Magen Tzedek could be proven.

As Magen Tzedeck was shopping for a compelling necessity, what better place to start than at Agriprocessors, the largest kosher meatpacking plant in the United States, and eminently drivable from Mendota Heights? However, when Morris Allen and Vic Rosenthal (his Minnesota social justice associate) tried to solicit Agriprocessors involvement in 2006, no one was listening. The visitors claimed that their intention was to assist Agri overcome alleged problems of worker abuse and animal treatment.

How is one to interpret the motives behind the investigative team sent to Postville by the United Synagogues of Conservative Judaism? Should they be taken at their word that their motivation was altruistic and ethical, as surely reported by The Forward (which was supportive of Magen Tzedek from the outset), or, perhaps, stirring controversy about Agri could help their cause? After all, the Kosher food industry is a $250 billion business, accounting for approximately 40 percent of all packaged foods sold in the United States.

Many noble causes evolve consequential to a scandalous act that has come to light. Generally, the wrongdoing stays in the background serving only as the catalytic enzyme for the new movement. It seems odd that Magen Tzedek focused so pointedly on Agri’s supposed violations (all of which were dismissed by the court) – almost to the point of obsession – and concentrated less on their stated cause.

Perhaps, as Debbie Maimon argued[1] in the Yated Ne’eman[2] Jewish religious newspaper, the desire to build a social justice program with a huge lucrative potential, required an appalling trigger. Agri fulfilled that need, and Rabbi Allen’s and his associates proof was documented in The Forward. However, the dismissal of all human rights violations should have lowered the volume against Agri’s atrocities, prompting the organization to move on to a different bête noire in kosher production, but it never did.

[1] But independently considered by this author. [this is a footnote, not an endnote] 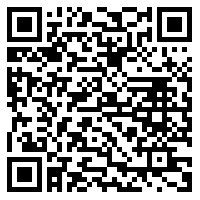