German Foreign Minister Heiko Maas underlined his nation’s opposition to Israel’s plan to extend sovereignty to her Jewish communities in sections of Judea, Samaria and the Jordan Valley that were designated as “Area C” under the internationally-recognized Oslo Accords in 1993, during a meeting on Wednesday in Jerusalem with Prime Minister Benjamin Netanyahu.

According to a communique from the Israeli Prime Minister’s Office, the German foreign minister had requested the meeting.


The two discussed the challenges of dealing with the COVID-19 novel coronavirus and its implications for the economy.

Netanyahu “insisted on the need to increase the pressure on Iran and emphasized that the International Atomic Energy Agency had determined that Iran is continuing to violate its commitments and conceal sites suspected of military nuclear activity,” the PMO stressed.

Netanyahu and Maas also discussed halting financing for NGOs that are involved in activities against Israel.

In addition, Maas “asked to hear about the Israeli government’s plans regarding the Trump [Middle East Peace] Plan, especially due to Germany’s upcoming European Union presidency and its status as a member of the UN Security Council.”

Netanyahu “insisted that Israel’s vital interests – such as the need for complete security control west of the Jordan River – be upheld in any future agreement,” the PMO said.

“The prime minister also said that any realistic plan must recognize the reality of Israeli settlement on the ground and not foster the illusion of uprooting people from their homes.”

Maas had a tightly packed schedule during his one-day trip to the region; he also met with Israeli Foreign Minister Gabi Ashkenazi and Defense Minister Benny Gantz, who also serves as Israel’s Alternate Prime Minister.

During his remarks at a joint news conference with reporters at the start of the day, Maas explained Germany’s position regarding Israel’s intention to extend sovereignty to her communities beyond the 1967 “Green Line.”

“I reiterated and will continue to do … the German position and explained our serious and honest worries as a very special friend of Israel about the possible consequences of such a move,” he said.

“We share these views with our European partners and we are of the view that an annexation would not be compatible with international law and we therefore continue to stand for an agreed and negotiated two-state solution – and to get closer to the goal of a negotiated agreement it needs new creative impulses to revive talks.”

Germany, he noted, “stands ready” to help both parties explore the ways they might resume those talks, and said he had not come to the region to make threats about sanctions or anything else.

“I have not set up any price tags at all,” he told a reporter in response to a question about sanctions. “Now is the time for diplomacy and dialogue.”

Maas was also scheduled for a video conference meeting with Palestinian Authority leaders in Ramallah. After concluding his day in Israel Maas headed for talks in Amman with his Jordanian counterpart, Ayman Safadi. 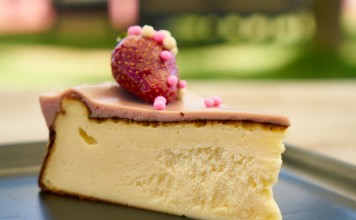