During the night of September 5th and 6th, 2007, the Israeli Air Force destroyed a nuclear facility in its last stages of construction in the Deir ez-Zor region in Syria, 280 miles north-east of Damascus. Four F-16 jets eliminated a nuclear threat not only to Israel, but to the entire region.


Background and Preparations for the Operation

For two years, officials in the Military Intelligence Directorate had been monitoring the Syrian nuclear project. Their intelligence suggested that the facility would become active toward the end of 2007, which prompted the IDF to initiate an attack on the facility.

The Israeli Air Force had very little time to prepare the attack and account for possible contingencies, such as retaliation by the Syrian forces. Once the attack plan was ready, however, it was possible to execute it within 12 hours from the moment the order was to be given.

From there, they attentively followed all aircraft’s aerial locations and the communication systems. Two fighter jets, F-16I and F-15I left the base at 10:30 pm and flew low to stay undetected. The whole operation took four hours.

The Military Intelligence Directorate estimated that the nuclear facility was damaged beyond repair. As the IDF was preparing for retaliation, it decided that information about the operation shouldn’t be disclosed to the general public at the time. The operation was deemed a success by the Chief of the General Staff. The nuclear facility was destroyed and an escalation in the region prevented.

Only a few years later, ISIS captured the Deir ez-Zor region. One could only imagine how much havoc they could have wreaked with a nuclear facility in their hands. 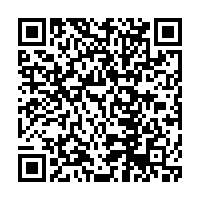