Police Commissioner Roni Alsheikh on Wednesday said Police will establish a youth movement: “We believe in education through our youth and we will work to raise the standard of obedience to the law,” Alsheikh told the Conference held at the Interdisciplinary Center Herzliya.

According to Walla, Police are discussing the new youth movement, and will soon release the official name of the movement, the nature of its activity and its contents. The movement will launch pilot programs in four communities: Be’er Sheva, Rahat (a Bedouin city), Kiryat Gat and Hod Hasharon. Membership is expected to be for kids ages 15 to 18, grades 10 through 12, who will be receive points for this activity as part of their school community service hours (which are a prerequisite for their matriculation certificates).


Commissioner Alsheikh confessed the idea for the youth movement had come from “a letter sent by an 11-year-old genius of a child, who wrote to me, ‘Children are breaking the law, their parents are causing them to behave negatively, we have to establish a children’s police force.'”

“We will build a youth movement – not for police action but to deal with the norms of our youth,” the Commissioner vowed.

“The movement’s goal is to bring the youth closer to the idea that compliance with the law is ethical,” a police official told Walla. “We believe that the youth who join the activity will be influential in the society in which they are active. Alongside patrolling with police units throughout the country, the movement will also offer content related to youth such as the dangers of alcohol and drug consumption, compliance with traffic laws, driving lessons, and safe recreation.”

The National Police Youth Club Council of Jamaica could serve as a possible model for Commissioner Alsheikh’s idea. “At the base, we have our individual local clubs, formed in communities in Jamaica,” says the group’s website. “From these clubs, they will select a Divisional Council to direct their affairs. From the Divisional Councils, an Area Council is selected to oversee the Divisional Councils. It is from these Area Councils that we usually have a National Council Executive Committee. This committee’s main aim is to represent the movement on a National level by promoting the continuous development of latent leadership qualities in club members. Above the National Council, is the Island Coordinator for the Police Youth Club movement, from the Community Safety and Security Branch (CSSB) of the Jamaica Constabulary Force (JCF).”

In other words, rather than getting these young people together for lectures on safe recreation and obeying the law, the Jamaican experiment is an exercise in positive empowerment of these youths through organizing. 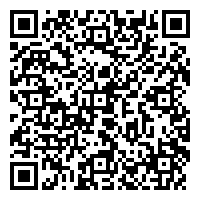