A Free Trade Agreement (FTA) between Israel and Ukraine will take effect in January.

Ukrainian President Vladimir Zelensky stated on Twitter that “relations between our countries are rising to a new level.”


The FTA “gives a ‘green light’ to Ukraine’s export growth, and creates closer cooperation in the fields of high-tech, engineering and investment.”

Signed in January 2019, the agreement promotes the development of bilateral trade and economic cooperation between the two countries and reduces tariffs on Israeli exports to Ukraine and on Ukrainian exports to Israel.

“The main purpose of the agreement is to strengthen economic cooperation between Ukraine and Israel through the expansion of mutual trade,” said Ihor Zhovkva, Deputy Chief of Staff of the President of Ukraine.

“This agreement will help lower the cost of living in both countries, and will serve to promote Ukrainian industry,” said Israeli Ambassador to Ukraine Joel Lion.

The FTA provides Israeli exporters with free access to the Ukrainian market on many items that until now were subject to customs tax, including machinery, medical equipment, plastic and rubber products, chemicals, fruits and vegetables.

In return, Israel will abolish or reduce customs taxes on various agricultural products, including wheat, currently subject to 50% tax, fish, processed foods, various types of oils, iron, steel and other raw materials for industrial use.

Ukraine is among the world’s largest exporters of grains and industrial raw materials.

It is estimated that within the next two to three years, trade between Israel and Ukraine will double to $2 billion.

Ukraine is an important trading partner for Israel. According to the Israeli Ministry of Economy and Industry, exports from Israel to Ukraine in 2017 totaled $130 million, with a total trade volume of approximately $940 million.

The main industries exporting goods from Israel to Ukraine are chemicals with 50%, plastics and rubber at 14%), and machinery at some 10%. 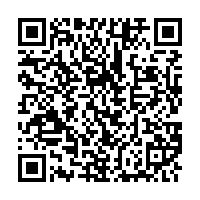