On Monday, after the Palestinian Authority had sent two letters of complaint against Israel to the United Nations regarding DM Benny Gantz’s designation of six NGOs as terrorist groups, Israel’s Ambassador to the United States and the United Nations Gilad Erdan replied in a firm and detailed letter to the UN Secretary-General António Guterres and the Security Council. Below are the main points of the ambassador’s letter:

“I would like to draw the attention of the Security Council to the fact that on October 22, in accordance with the Israeli Counter-Terrorism Law of 2016, Israel designated six Palestinian institutions which are an integral part and arm of the ‘Popular Front for the Liberation of Palestine – PFLP,’ a designated terror organization in Israel, the United States, the European Union, Australia, Canada and Japan.


The PFLP, a murderous terror organization, is responsible for countless terrorist attacks against Israelis and other nationals since its creation. Having pioneered armed aircraft hijackings in the 1960’s and 1970’s, the PFLP has been responsible or associated with acts of terrorism throughout the years that have claimed many lives. Such acts have included suicide bombings, hostage taking, murder and assassination, for example: the massacre of the Fogel family as they slept in their home in 2011 (including three siblings, aged 11, 4 and 3 months old); the attack on worshippers in a Jerusalem synagogue in 2014, killing 5, including 3 US nationals, and injuring 12; the recent murder in 2019 of 17 year old Rina Shnerb z”l; and indiscriminate rocket fire on civilian communities from Gaza, including in the recent round of Gaza violence in May 2021.”

“A detailed investigation conducted by Israeli authorities revealed extensive information as to how the PFLP raised funds through a network of institutions, acting under the guise of human rights organizations including through the six entities…”

“The PFLP operates an organizational and military apparatus, including a network of purported civilian institutions, which include these six above mentioned institutions. The aim of this network is to raise, obtain and funnel donations from abroad in order to fund PFLP activities at all levels, including its acts of terror. To do so successfully, this network of PFLP institutions operated under the guise of humanitarian aid and human right activity receiving funding, in exceptional amounts of millions of euros, stemming primarily from governments of Member States of the United Nations.

These institutions serve as PFLP’s financial lifeline, and were deeply involved in money laundering and terrorist financing. They have all engaged in forgery of documents and fraudulent activities, knowingly transferring funds allocated by their foreign donors for the purpose of supporting Palestinian civil society, into the hands of a murderous terror organization.”

“Moreover, these institutions employed known, sometimes self-declared, PFLP operatives, allowing them the benefits of regular salaries, and the ability to use their facilities as safe haven for PFLP activities. Several of these operatives, who were employed in senior positions in these institutions, themselves participated actively in plotting and executing terrorist attacks against Israeli citizens.

“The international requirement to criminalize and prosecute terror funding is also emphasized in UN Security Council Resolution 2129 (2013), which states: “all States shall […] ensure that their domestic laws and regulations establish serious criminal offenses sufficient to provide the ability to prosecute and to penalize in a manner duly reflecting the seriousness of the offense the willful provision or collection of funds, financial assets or economic resources or financial or other related services, directly or indirectly, with the intention that the funds should be used, or in the knowledge that they are to be used for the benefit of terrorist organizations.”

“Therefore, while Israel attaches value to the work of Palestinian civil society organizations, it cannot allow the financing of terrorism under the pretense of humanitarian and civil assistance. With these recent designations, Israel does not seek to curtail freedom of expression nor limit any humanitarian activity. Israel acts against terror, and its channels of funding, to protect its citizens and society, as it is obligated to do.

Israel expects the international community to condemn this dangerous abuse of civil society organizations, and calls upon all United Nations Member States, in accordance with their obligations to prevent terrorism, money laundering and terrorist financing, to immediately halt any further transfers of funds and any other support to these designated institutions.” 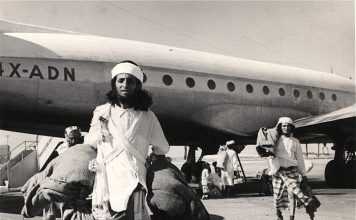 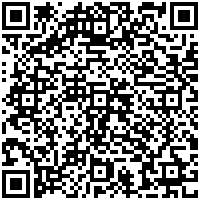