The language condemns Israel for “repressive measures” against Syrian citizens in the Golan Heights and renews the mandates of the U.N. Relief and Works Agency (UNRWA), as well as the United Nation’s “special committee to investigate Israeli practices affecting the human rights of the Palestinian people and other Arabs of the Occupied Territories.”


The seven resolutions were previously adopted on Nov. 4 by the U.N. General Assembly’s Special Political and Decolonization Committee, known as the Fourth Committee.

The first resolution, adopted with 169 votes in favor, two against and seven abstentions, was about “expressing grave concern at the especially difficult situation of the Palestine refugees under occupation, including with regard to their safety, well-being and socioeconomic living conditions … .”

The second, adopted with 162 votes in favor, four against and nine abstentions, was about “calling upon Israel to ensure the expedited and unimpeded import of all necessary construction materials into the Gaza Strip and to reduce the burdensome cost of importation of Agency supplies … .”

The third, adopted with 160 votes in favor, five against and 12 abstentions, “reaffirms that the Palestine refugees are entitled to their property and to the income derived therefrom, in conformity with the principles of equity and justice … .”

The fourth, adopted with 76 votes in favor, 14 against and 83 abstentions, “deplores those policies and practices of Israel that violate the human rights of the Palestinian people and other Arabs of the occupied territories, as reflected in the report of the Special Committee covering the reporting period … .”

The fifth, adopted with 150 votes in favor, seven against and 17 abstentions, “reaffirms that the Israeli settlements in the Occupied Palestinian Territory, including East Jerusalem, and in the occupied Syrian Golan are illegal and an obstacle to peace and economic and social development … .”

The sixth, adopted with 147 votes in favor, 10 against and 16 abstentions, states that the United Nations is “gravely concerned by the tensions and violence in the recent period throughout the Occupied Palestinian Territory, including East Jerusalem and including with regard to the holy places of Jerusalem, including the Haram al-Sharif, and deploring the loss of innocent civilian life … .”

The seventh, adopted with 151 votes in favor, three against and 20 abstentions, “determines that all legislative and administrative measures and actions taken or to be taken by Israel, the occupying Power, that purport to alter the character and legal status of the occupied Syrian Golan are null and void … .” 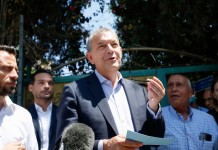 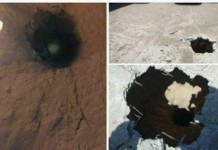 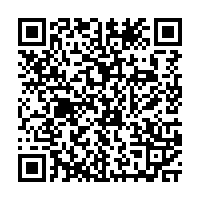