The first round of negotiations between Israel and Lebanon on the demarcation of their shared maritime border concluded on Wednesday. The talks were held at the United Nations Interim Force in Lebanon (UNIFIL) base in Naqoura (Nakura) in southern Lebanon. The next round of talks is expected to continue on Thursday.

There are reports that the Lebanese side are not talking directly with the Israelis in the room, but rather via the mediators in the same room.

What’s at stake is the ability to welcome in international gas companies to explore and pump a tremendous amount of natural gas out of the ocean floor in the disputed region.

What was originally under discussion was an 860 square kilometer region that both sides claim is theirs, the dispute stemming from where and from which exact angle the maritime border line is drawn from shore. But, apparently to the surprise of everyone else at the meeting, the Lebanese negotiators demanded an additional 1,460 square kilometer area further south, that was previously an undisputed section of Israel’s Exclusive Economic Zone (EEZ).

The Lebanese are now claiming ownership of Israel’s Karish gas field and Block 72, where additional drilling was expected to take place.

The Karish field was discovered by Noble Energy in 2011, and is located near the offshore Leviathan gas field, but at deeper water depths at 1738 meters.

Before negotiations began, Israel made it clear that it was willing to negotiate the disputed area and split the disputed section in a 58:42 ratio in Lebanon’s favor. But in the Middle East, announcing in advance your willingness to compromise on territory is not the best signal to send to your opponent. It’s viewed as weakness.

It is unclear if this unexpected demand is a negotiating tactic on Lebanon’s part, or if this is their puppet-master Iran and its terror-proxy Hezbollah attempting to derail the negotiations and further continue their destruction of Lebanon.

There have been reports that when negotiations were announced and in an attempt to derail the talks, Hezbollah exposed the identity of the Lebanese negotiators and their families, putting them in danger. 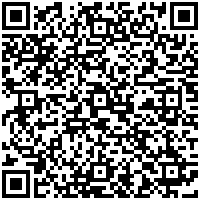