On Sunday night, two United Hatzalah volunteers escorted a hospitalized grandmother from Ichilov Hospital in Tel Aviv to her granddaughter’s wedding in Caesarea and back. The grandmother had been hospitalized with a terminal illness and was told that she would be unable to attend the wedding.

The bride, however, was insistent that her grandmother make it to the wedding and tried everything she could to make it happen. Eventually, the family reached out to a United Hatzalah volunteer and asked for help. The volunteer reached out to Moshiko Moskowitz, United Hatzalah’s Director of Operations, asking if the organization could transport the grandmother to the wedding in one of their ambulances.


The request necessitated that the grandmother be monitored throughout the event. After examining the case and receiving approval from the organization’s medical department, Moshiko approved the two-way transfer and assigned an ambulance crew made up of two volunteers to undertake this assignment/act of kindness.

The grandmother was brought by the United Hatzalah ambulance to the wedding with the medical escort, free of charge. The EMTs stayed with her the entire time at the wedding, including the ceremony and the beginning of the meal, as she was enjoying her time with family and friends.

Maor Levi, a United Hatzalah volunteer from Hadera, explained why he volunteered to bring the woman to the wedding: “I realized that she was suffering terribly in the hospital and if by taking her to celebrate the wedding of her granddaughter she would feel even a little bit better, it all was worth it for me. With all the pain she goes through, it’s impossible to remain indifferent and not make such a woman happy by fulfilling her and her granddaughter’s request.”

Maor added: “I joined United Hatzalah to perform acts of kindness. Even kindness that’s somewhat outside the ordinary.” 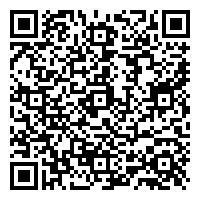