The U.S. Supreme Court ruled on Monday on the case of Zivotofsky v. Clinton, a suit in which Naomi and Ari Zivotofsky are challenging the way the State Department may list the birthplace of their son, nine-year-old Menachem.

The State Department, based on a long-standing U.S. policy, decided that little Menachem Zivotofsky’s birth certificate, as well as his US passport, will show Jerusalem as his birth place, without a mention of the country in which Jerusalem belongs.

The parents filed a lawsuit in federal court in Washington, D.C. in 2003 objecting to the policy, based on a 2002 US law enacted shortly before Menachem was born. The new law includes a provision allowing Israel to be listed as the place of birth on the passport of any American born in Jerusalem.

A Federal judge, followed by an appeals court, dismissed the suit, saying that judges do not have the authority to order the federal government to change foreign policy, even if current policy is ignoring the will of the legislator.

On Monday, the Supreme Court ruled that the lower courts were wrong, and that they should merely have decided whether or not Menachem Zivotofsky could have the right “to have Israel recorded on his passport as his place of birth.”

As Chief Justice John Roberts put it in his opinion: “Zivotofsky does not ask the courts to determine whether Jerusalem is the capital of Israel.”

Washington D.C. attorney Nathan Lewin, who has represented countless high-visibility cases related to US Jews (such as the Lubavitch movement’s famous books trial), was the Zivotofsky family’s attorney before the Supreme Court. He argued Congress indeed had the power to control a passport’s contents.

The ruling could change the status of an estimated 50,000 American citizens who have been born in Jerusalem, and who may now be able to list Israel as their birthplace. 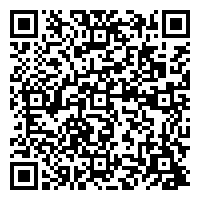