Don’t worry, Yitta, I’m not going to crucify you, as you feared. I actually agreed with the gist of your article, which was obviously heartfelt and well-intended. I just want to point out where you crossed a line, a problem that you unwittingly reinforced, and something crucial that you overlooked—all of which I suspect pressed a lot of people’s buttons.

First of all, a confession that should make my endorsement of your basic idea more meaningful: I’m an unabashed proponent of the “natural look.” I wore (gasp) absolutely no makeup when dating my husband, and not even when I stood under the chuppah with him. (In fact, the only time he has seen me in makeup has been on Purim.) Miraculously, he managed to find me attractive enough to actually marry me. One reason I foreswore makeup (and have, in fact, since age 16) is that I have a distinct allergy to fake things—I dislike makeup for the same reason I dislike plastic plants. The other, more compelling, reason is that I needed to know that, beyond our spiritual connection, my future husband would be attracted to the real, unadorned, physical me.


Having said that, I realize I’m an anomaly, and don’t expect the majority of women to follow my lead. While I’m a big believer in inner beauty and how much it can transform one’s appearance, I’m also a big believer in living in reality, and the reality is that purely physical looks count for a lot in this world. So I will wholeheartedly agree that a girl should make the best of her looks, especially when meeting a prospective mother-in-law (or his son)—including wearing a flattering hairstyle, flattering clothes, and yes, even a tasteful amount of makeup (if she has no ideological objection). And if she needs a total makeover, I’d say go for it.

In principle, then, you could say we see eye to eye. So what bothered me about your article?

First of all, your big blooper, in my opinion, was advocating not only cosmetics but “surgical procedures” to improve a girl’s appearance. For once we start surgically “improving” our appearance, where’s the end? Is cosmetic surgery called for only to “fix” a glaringly unattractive feature (which is all you may have had in mind), or to “upgrade” and “recreate” every possible part of ourselves that doesn’t look like what we see in women’s magazines?

Let me share with you two emails I received from young women approaching shidduchim age. One was from a girl who was seriously distraught about her large, hooked nose and wanted to “fix” it, but worried that this made her “superficial.” I wrote back that if her nose was objectively unattractive and it really bothered her, then I did not believe having a “nose job” made her “superficial,” and she should do it.

But then there was the 17-year-old girl who was unhappy with her small chest and wanted my opinion on whether she should get implants. Here was a girl whose body failed to meet some “ideal” but was probably perfectly lovely in its own way. I told her I knew many small-busted women who’ve gotten married, and that she should work on appreciating her own body’s beauty rather than surgically alter it.

The difference should be clear. Anyone in their right mind would advocate, as did the Satmar rebbe, that a girl who has no teeth should get dentures. But once you get beyond fixing a flagrant physical fault and talk about achieving some purported physical ideal, we’re in dangerous waters.

This blunder contributed to another likely reaction on the part of many readers: the disturbing sense that shidduchim are becoming increasingly unnatural and artificial, and that pressing for more emphasis on externalities is not what we need. Definitely, a girl should put her best foot forward. But when she has to pay a professional makeup artist and hair stylist before each date as if she were going to her sister’s wedding, haven’t we gone way overboard?

But the biggest mistake you made was overlooking male responsibility in viewing women. Yes, the male brain is hardwired to be visual, meaning that men will always be stuck on looks more than women are. But who’s teaching boys that real, enduring attraction results from a potent mix of looks plus character and personality, and that to see if it can exist, you have to get to know a girl? (I address myself to males on this topic at the end of my book Choosing to Love.) 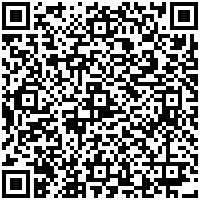