Hezbollah has called for a broad campaign in solidarity with the Palestinian people Saturday, Lebanon’s Daily Star newspaper reported.  The paper quoted a statement released by the Iran-supported terror group urging all Arab states to support Palestinians as they clash with Israeli police and Border Police troops in Arab-majority cities and neighborhoods around the country.

“We must stand by the Palestinian people and provide all forms of support in their battle, in which they defend everyone else from the Zionist danger,” said a statement released by the party Saturday.

In addition, the statement condemned the “surprising silence of the Arab world and the globe alike,” which, according to the statement, was getting heavier by the day.

The party also criticised Arab countries for being distracted with controversial issues and derailing from the central issue to the Arab and Islamic nation — that of the “usurped and oppressed Palestine,” according to the Daily Star.

“The Zionist crimes that affect Palestinians in Jerusalem and the ‘West Bank’ and the Gaza Strip, are a continuation of a series of crimes that have not stopped since the occupation of Palestine. [Palestinians] are witnessing an escalation every time, each crime more egregious than the one preceding it,” said the statement.

However, security officials do not expect Hezbollah to become involved in the current round of fighting between Israel and the Palestinians, for the simple reason that the terror group is far more concerned about the possibility that rebels challenging the regime of Syrian dictator Bashar al-Assad could spill over into Lebanon to challenge Hezbollah’s hold on the south of that country.

The Hebrew-language Rotter website said Tuesday that “unusual” movement was detected amongst Hezbollah troops in south Lebanon, and quoted a source north of the border that said military vehicles, artillery and missile launchers were seen Monday moving towards the Syrian border in the northern region of the Beqa’a Valley, in order to “welcome” Syrian opposition fighters gathered on the Syrian side of the Syria-Lebanon border. 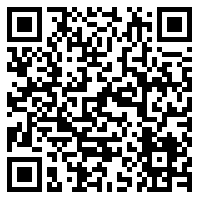