A delegation of Iranian expatriates, including former political prisoners, visited Israel last week for a solidarity mission to the Jewish state. The group was composed of political dissidents who oppose the current Islamic Republic of Iran’s autocratic regime.

Their visit was arranged by the Institute for Voices of Liberty (iVOL). iVOL stated that the delegation’s tour of Israel was meant as a show of solidarity with Israelis over recent attacks carried out by the Islamic Republic of Iran-sponsored terrorist groups, including the Gaza Strip-based Hamas.


The iVOL delegation was joined in Israel by several former senior US government officials, including Victoria Coates, Ellie Cohanim, Len Khodorkovsky, and Adam Lovinger. The delegation toured locations near the Gaza and Syrian borders which have been subjected to recent attacks instigated by the Iranian government.

The group toured Israel’s border with Gaza on Thursday and visited Kibbutz Nahal Oz. The Kibbutz sits right on top of the border and is one of the Israeli communities that have been hit hardest by Hamas attacks over the years, both from rockets fired across the border and from terrorist infiltrations executed through terror tunnels.

One member of the group was Ahmad Batebi, an Iranian-American journalist, filmmaker, photographer and human rights activist. When he was 20 years old, Batebi was sentenced to life in prison for his participation in the 1999 student demonstrations at the University of Tehran. He subsequently managed to escape and fled to Iran. Eventually, Batebi immigrated to the US as a political refugee.

When speaking with TPS, Batebi asked Israelis to distinguish between the Iranian regime of today, calling it demonic, and the everyday Iranians, such as himself.

“Please separate us from the nation, from the government [of Iran]. We are your friend,” he told TPS.

Batebi spoke about how he himself engaged in anti-Israel activities back when he was a student. “You don’t know how many times I said ‘death to Israel’,” said Batebi. He explains that it was only because the Iranian regime puts pressure on the people to do so and teaches the Iranian public to hate Israel.

However, once he fled the country, Batebi learned the truth about Israel once he had access to the true history of Israel and the Jewish people.  “I hope other Iranians have this chance to come here, to visit your beautiful country, your beautiful people,and learn from you.”

“You are good people,” added Batebi, “and we have to learn [about] each other.”

Other participants included Dr. Amir Hamidi, Former ranking officer at the Department of Justice and attaché at the US Embassy in Abu Dhabi, iVOL Director and Delegation co-Chair Major Khosrow Beitollahi, a retired Imperial Iranian Air Force pilot and advisor to the Constitutional Party of Iran, and Mr. Foad Pashai, Secretary-General of the Constitutional Party of Iran. 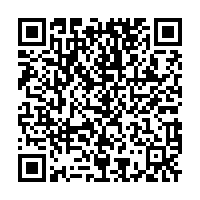