A committee of the Illinois Investment Policy Board plans to warn Ben & Jerry’s parent company Unilever that it must walk back on the company’s decision to stop selling ice-cream in Israeli settlements or risk facing divestment by the state.

The Israeli Boycott Restrictions Committee will hold a meeting during which they will approve setting a 90-day deadline for the British-based Unilever to reverse the decision by the Vermont-based ice-cream company, committee chairman Andy Lappin said last week, as reported by The Associated Press


“We’ll meet in the next week or so just for this issue, asking the board to send a letter to Unilever giving it 90 days to confirm or deny” the new policy, said Lappin. “In this case, it was a blatantly open statement made by the chairman of Ben & Jerry’s, and we need to determine if Unilever deems it appropriate to walk the statement back.”

A date has not been set for the meeting, but it will specifically address the ice-cream maker’s July 19 announcement about boycotting the West Bank and eastern Jerusalem.

The Illinois Investment Policy Board ensures compliance with state law, which prohibits the investment in certain companies that do business with Iran and Sudan, and companies that boycott Israel.

If Unilever is found non-compliant, Illinois would have to divest from it and any of its subsidiaries, according to Lappin. State-run pension systems are also currently reviewing their portfolios for matters related to the company, which is headquartered in London. 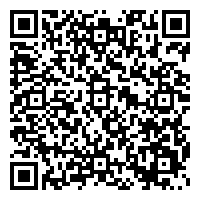