Israel expressed disappointment and rage at the European Union’s decision to send a representative to honor incoming Iranian President Ebrahim Raisi, known as the “Butcher of Tehran,” during his swearing-in ceremony, saying it is “puzzling and shows poor judgment.”

“The participation of the EU representative in the ceremony comes just a few days after Iran killed two civilians, one of whom was from an EU member State, in an act of state terrorism against civilian shipping,” Israeli Foreign Ministry Spokesperson Lior Haiat stated Monday evening.


An Iranian suicide drone is believed to have hit the oil tanker Mercer Street on Thursday night, a ship operated by Zodiac Maritime, a company owned by Israeli tycoon Eyal Ofer, killing a British and Romanian national.

Haiat noted that Raisi has “the blood of thousands of Iranian citizens on his hands and the EU participation gives legitimacy to the Iranian attack and the policy of aggression of the ayatollahs’ government.”

In June, Amnesty International stated that Raisi “must be investigated for crimes against humanity” after having served on the “death commission” that forcibly disappeared and extrajudicially executed in secret thousands of political dissidents in Evin and Gohardasht prisons near Tehran in 1988.

Haiat warned that “flattery and subservience to violent and totalitarian regimes only encourage further violence and aggression.”

Israel “strongly” recommends the EU to “immediately cancel their shameful participation in the inauguration ceremony of the butcher of Tehran.” 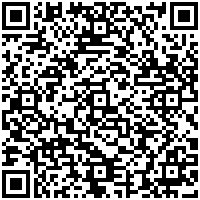