The US and Israel agreed to remove geographic restrictions on collaboration with Israeli scientific institutions and include those located in Judea, Samaria and the Golan Heights.

Prime Minister Benjamin Netanyahu and US Ambassador to Israel David Friedman signed the amendments to the agreements in a special ceremony held on Wednesday at Ariel University, in Samaria.

“The advancement aligns the Agreements with current US policy and expands opportunities in a broad range of scientific, agricultural, and technological cooperation,” the embassy stated.

Established in the 1970s, the BIRD, BARD, and BSF Agreements for each of the three Foundations have not permitted support for projects conducted in areas liberated by Israel in the 1967 Six-Day war.

However, these geographic restrictions are no longer consistent with US policy following the Trump Administration’s opposition to the provisions of United Nations Security Council Resolution 2334 that said that Israel’s presence in Judea and Samaria constitutes a “flagrant violation” of international law, after the US’ recognition of Jerusalem as Israel’s capital and moving the US Embassy from Tel Aviv to Jerusalem, the Administration’s recognition of Israel’s sovereignty over the Golan Heights, and Secretary of State Mike Pompeo’s announcement that the US will no longer consider that the establishment of Israeli communities in Judea and Samaria is per se inconsistent with international law, the embassy said.

In addition, the US and Israel signed a Scientific and Technological Cooperation Agreement (STA) that is a special recognition of the countries’ “close cooperation on science, technology, and innovation and builds upon that long and successful history.”

The Agreement establishes a new government-to-government framework that will elevate and facilitate activities in scientific research, technological collaboration, and scientific innovation in areas of mutual benefit.

“Just as we have seen tremendous regional progress on the Abraham Accords, we are also seeing the tangible benefits of President Trump’s policies for bilateral cooperation with Israel,” said US Ambassador to Israel David Friedman.

“Upon entry of force of the Protocol signed here in Judea and Samaria, more Israeli partners will be eligible to receive funding for scientific collaboration in a wide variety of fields,” he underscored.

“Integrity, transparency, openness, reciprocity, and merit-based competition are at the heart of the American and Israeli research enterprises,” said Dr. Kelvin Droegemeier, President Trump’s Science Advisor and Director of the White House Office of Science and Technology Policy. “I look forward to working together to uphold these important values.”

The BIRD, BARD, and BSF Foundations are mechanisms for bilateral science, agriculture, and technology cooperation and have provided over $1.4 billion since their inception to support more than 7,300 joint research and commercial projects that have scientifically and economically benefited both countries.

Each dollar invested through the BARD Foundation has returned an estimated $12 in value to the US and Israeli economies.

Each dollar invested through the BIRD Foundation produces an estimated $5 in revenue from commercially successful projects and an estimated $6 in follow-on investments in startups.

BSF has supported 47 Nobel Laureates and has kept scientists in both countries in the lead in innovation in medicine, cybersecurity, high technology, other critical areas of science with both civilian and military applications.

“Updating the Agreements further strengthens the special bilateral relationship between the United States and Israel and continues efforts to generate significant mutual scientific and economic benefit,” the US Embassy said.

Israeli Minister of Science and Technology Izhar Shai said at the signing ceremony that “the special relationship between Israel and the US has been further strengthened today.”

“The governments of Israel and the United States are strengthening their cooperation around scientific research and technological ventures, thereby creating countless opportunities for researchers, scientists and entrepreneurs to establish groundbreaking companies based on the joint products,” he added.

“Today, we are applying the Israel-US science agreement to Judea and Samaria, and the Golan Heights. This is a great change. This is a victory against all of the organizations and countries that boycott Judea and Samaria. We will not stop taking action so that the entire area will prosper and flourish. The scientific cooperation agreement is especially important at this time, when we are dealing with the coronavirus.

I am working day and night to procure vaccines for the citizens of the State of Israel. There is global competition to see who will acquire vaccines first. We are working on three horizons: First, independent production via the Israel Institute for Biological Research. Second, we are working through the Health Ministry with the leading global companies. Third, I am personally active with prominent leaders of countries around the world, beginning with US Vice President Pence, who is responsible for dealing with the coronavirus in the US, Indian Prime Minister Narendra Modi, Russian President Vladimir Putin, and with European leaders with whom I speak on almost a daily basis. I will continue to act in order to ensure that our citizens will have enough vaccines, and at the right time. This is our greatest mission in the fight against the coronavirus because it is what will take us out of the coronavirus routine and – of course – from the tough restrictions that we have been experiencing of late.

Tomorrow in the Corona Cabinet we will discuss the comprehensive outline and I will also discuss with the Education Minister and people from the Federation of Local Authorities on improving the education outline. We are checking various possibilities.

The coronavirus is raising its head around the world; therefore, I demand that our exit plan be gradual and responsible. We are making peace for peace, are strengthening Israel and are making the right decisions that have lowered our level of morbidity, at a time when the countries of Europe are experiencing very high morbidity amidst a second deadly wave of the coronavirus. We will continue to act responsibly. We will continue to make the right decisions in order to save the lives of Israeli citizens and in order to safeguard their health.”

“I have come from an IDF exercise in the north and I can tell you that I am impressed that even during the coronavirus we are continuing to develop our military capabilities. These incorporate a very impressive scientific and technological development that greatly strengthens the military capabilities of the State of Israel against Hezbollah, against any other enemy. It would be worth their while to take this into account.

We are in Ariel, in the university in Ariel, and there are three people which I would like to also mention: The late Ron Nachman, whose vision and marvelous commitment built this city, the late Yigal Cohen Orgad, whose tireless vision and commitment built this university, and my friend, the late Prof. Moshe Arens who did everything in his power so that my governments would indeed realize this, and we remember them all for good, not only with great affection but with great esteem.” 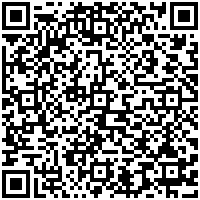