For several years now, most notably since the start of Corona pandemic, Zoom meetings have become an inseparable part of our professional and personal lives. The trend has also led to Zoom slipups, where participants forget their microphones or cameras are on, resulting in faux pas ranging from funny to embarrassing, and occasionally damaging. One such incident took place last week when a known get-refuser whose whereabouts had been left unknown, revealed his location during a Zoom legal proceeding.

Several years ago, an American woman married an Israeli man and, shortly after having their first daughter, the husband became abusive and the marriage fell apart. They separated a year and a half ago, and a legal battle ensued over visitation rights, with the husband refusing to give his wife a get unless she fully acquiesced to his demands. The husband then disappeared.


The husband remained elusive and refused to disclose his location to his wife, but routinely signed in to legal proceedings related to the case via Zoom. In the most recent online session, the wife was able to recognize that he was sitting in his sister’s home in Petah Tikva. Realizing there was a short window of opportunity before he figured that his location had been exposed, she quickly called the ORA organization that works in the USA on behalf of Agunot.

ORA reached out to the Yad La’isha Legal Aid Center, Ohr Torah Stone’s Israel-based organization, which provides legal representation and practical assistance to women who are being refused a get.

Attorney Tehila Cohen of Yad La’isha immediately took the matter to the Tel Aviv Rabbinical Court, requesting a stay-of-departure order to bar the man from leaving Israel. With the assistance of Rabbi Yitzchak Nissan of the Tel Aviv Rabbinical Court, by 11:00 PM that same day, the order had been issued. This quick action proved critical, as within hours the man arrived at Ben Gurion International, trying to evade the law yet again, but airport police, armed with the court order, identified him and interrupted his departure.

After the husband had appealed the order, claiming he intended to issue the get and was only waiting for the approval of his visitation requests, the Rabbinical Court agreed to waive the stay-of-departure. Yad La’isha appealed the decision to the Rabbinical High Court, explaining that if the husband were allowed to leave the country, all traces of him could once again be lost. Rabbinical High Court presiding judges Shapira, Igra and Amos agreed with Yad La’isha’s position that there need be no connection between the man’s right to travel and his obligation to issue a get.

The man relented and signed a legal order establishing that the get would be issued and accepted by a representative of his wife, who remains in the US.

“The court approached this case with patience and understanding,” said Attorney Cohen. “We made it very clear to the husband that we wouldn’t allow him to continue to extort his wife.”

“I’m deeply grateful to Yad La’isha for all their work and dedication to bring to an end this painful chapter that I’ve been forced to endure and literally change my very future,” the overjoyed wife said. “There are no words to express the feelings of freedom that I’ve experienced since being granted the get. I now can get on with my life.” 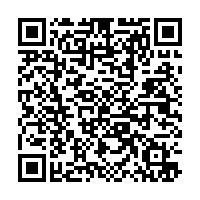