An Israeli divorcee who has fought for a year to prevent her son from being circumcised said she will appeal to the Supreme Court to cancel a rabbinical court order that she allow a brit milah to be performed on the baby.

The unusual case occurs at a time when there is growing pressure in Europe and some isolated parts of Canada and the United States to ban or control circumcision, which opponents say is a violation of human rights since the baby does not have the freedom of choice.


The order to the mother, identified as Elinor, to have her circumcised upholds a similar ruling last month by a Netanya rabbinical court. Her baby now is one year old, and she originally objected on medical grounds to circumcising her son after eight days, as prescribed by Jewish law unless there are medical reasons to postpone it.

The mother is fighting the father’s determination to have the baby circumcised, and the Jerusalem rabbinical court said that she may be exploiting  the act of circumcision “as a tool to make headway in the divorce struggle,” according to Haaretz.

The court ordered the mother to pay a fine of $140 for each day the boy remains uncircumcised.

No one is speaking about a ban in Israel of the Jewish custom that is part of the heart and soul of Judaism, but the case tests the authority of rabbinical courts and strikes at the very heart of Judaism at a time when Prime Minister Binyamin Netanyahu is insisting that Israel be known by the Palestinian Authority as a “Jewish state.”

Jewish law, like secular law, does not allow one to choose what law he wants to observe, particularly when it comes to circumcision that Jews have practiced for centuries at the risk of death by tyrannical regimes, dating back to the Roman Empire and more recently to the Communist regime in the former Soviet Union.

The mother’s opposition, as quoted by the newspaper, parallels that of anti-circumcision campaigners outside of Israel who are protesting that the procedure should be banned because it is painful and should not be done without the approval a child, who of course cannot be reasonably state his opinion until he is at least a teenager.

“I started reading about what actually happens in circumcision, and I realized that I couldn’t do that to my son. He’s perfect just as he is,” the mother told Haaretz. Jewish thought explains that one of the lessons of the Torah law for circumcision is exactly the opposite of what she said – that no one is born perfect and that everyone must make a “tikun” to repair the world, starting with himself.

The rabbinical court noted, “We have been seeing public and legal fights against circumcision in the United States and Europe for quite some time. The public in Israel stands united against this phenomenon, seeing it as another aspect of the anti-Semitic acts that must be fought.”

If the case reaches the Supreme Court it will have special significance due to recent legislation that diluted the authority of the Chief Rabbinate, which is dominated by the Haredi stream of Judaism, to decide where couple can get married and what conditions they have to meet for a marriage to be performed. 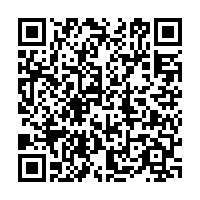