An Israeli team of scientists has developed a new technology which may minimize famine and strife by enabling crops to weather droughts worldwide.

Professor Shimon Gepstein, Chancellor of the Kinneret College, is leading a team to genetically engineer a plant that can withstand droughts by “freezing itself” after not receiving water for a certain period of time, and then “returning to life” after the water supply is renewed, without incurring any damage to the plant’s physical structure.


A spokesman for the Kinneret College told Tazpit News Agency that the findings already are being implemented and that international firms have expressed interest in the technology.

The finding was discovered by chance while running experiments on prolonging plants’ longevity and the shelf-life of vegetables. Experimenting on tobacco leaves, the scientists were able to develop a plant that lives twice as long as the average tobacco plant, providing flowers and fruits long after the regular plants have withered and died. When the tips of the leaves were cut off, the regular plants yellowed and died after a week, whereas the genetically engineered plants stayed green for a full 21 days.

The breakthrough was revealed when some of the plants were left in the green house unattended for four weeks. Tobacco plants require watering every two to three days.

When the team discovered that the unaltered plants had not lost their vitality, it decided on a series of monitored tests on regular and engineered plants that were not watered for three weeks. The regular plants died, and the engineered plants once again began to grow after receiving water, having incurred no damage during the “drought.”

The new technology, if successful commercially, would create a revolution as scientists forecast that climate changes will increase the number and severity of worldwide droughts.

In Israel and other arid areas, wheat planted at the beginning of the winter and the developing shoots after early rain will be able to survive a drought afterwards.

The new technology also could alleviate a growing global water shortage. The plants that survived the experiment used only one-third of the usual amount required. 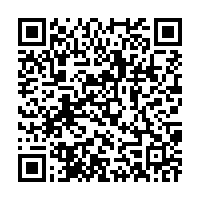