Russia detected a joint US-Israeli missile firing from the Mediterranean Sea Tuesday morning and raised tensions throughout the world, which already is on war alert. Israel, after denying that a missile was launched, later said two missiles were fired the sea in a test carried out with the United States.

The “Blue Sparrow” missile test was meant to test radar systems, according to the Defense Ministry.


However, given the rapid acceleration of war preparations by the United States, Hezbollah, Russia, Israel and Syria, virtually all statements have to be taken with more than a few grains of salt.

Sky News’ Foreign Affairs Editor Tim Marshall reported, “There is very little information available, but the most likely explanation would be that the US is test firing some of its ship defense systems.”

The missile launch could have been a simple test without any connection to a possible U.S. attack on the Assad regime, but the opposite is most probable.

If the missile firings were designed to raise the rafters in Russia, they were an outstanding success. 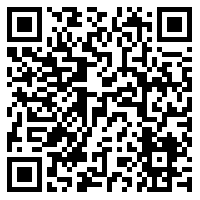