Hundreds of people began arriving Thursday afternoon to the grave of Rabbi Chaim ibn Attar, known as the “Or ha-Ḥayim / Holy Light of Life.”

The grave of the holy sage is located on the Mount of Olives. Hundreds stream to the grave site each year to mark the anniversary of the passing (hilula) of the rabbi.


Tens of thousands of people are expected to arrive at the site throughout the night on Thursday into Friday.

This is the largest religious event held in Israel since the disaster on Lag B’Omer in Meron, at the tomb of Rabbi Shimon bar Yochai, also known as the “RaShBi.”

The hilula of the Or ha-Ḥayim in Jerusalem is taking place under heavy security due to the location on the Mount of Olives, and also due to the fear of overcrowding at the site. 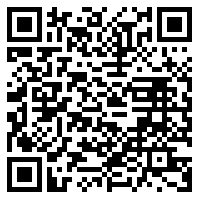