Amid an uproar from members of the Conference of Presidents of Major American Jewish Organizations over the nomination of Dianne Lob from HIAS as its next chair, the Jewish umbrella organization announced that its current chair, Arthur Stark, will serve for another year, with Lob serving as chair-elect.

In an email to members on Sunday, the Conference said that it has approved the creation a chair-elect position as a way to “forge greater unity in the Conference.”


It said “we believe it is in the best interest of the forward-looking governance of the Conference to implement a practice that is in place in many organizations, which is to create the role of Chair-Elect. In that structure, we propose Arthur continue serving as Chair and Dianne serve as Chair-elect through April 1, 2021, after which she will become Chair.”

The decision, meant to mollify Lob’s critics, simply guarantees her transition her into the position over the next year.

The announcement by the Conference comes after several conservative members raised objections to Lob, who previously worked at HIAS.

Many longtime members and financial supporters were uncomfortable with the political positions of HIAS, which has clashed repeatedly with the Trump administration over recent U.S. immigration policies. The Conference, which represents 53 Jewish organizations, was established as a liaison to the U.S. executive branch and works closely with the president, as well as representing the U.S. Jewish community abroad.

Additionally, concerns were raised that Lob’s nomination violated several bylaws of the organization. At the same time, some objected to the timing and method of the vote to approve her nomination on April 28, which would have to take place virtually via Zoom due to coronavirus restrictions.

Lob’s nomination cements a transition period for the Conference, which has been led for 35 years by former executive vice chairman Malcolm Hoenlein.

He remains in a part-time capacity while the organization is now headed by recently installed CEO William Daroff, longtime senior vice president for public policy and director of the Washington office of the Jewish Federations of North America. 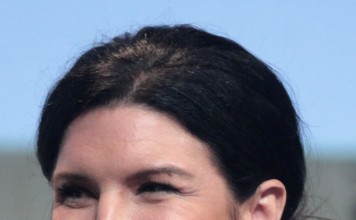 Hollywood Blacklist is Back–and Jewish Libs are Cool with it