British Labour Party leader Jeremy Corbyn has won this year’s honor of being named the Top Anti-Semitic Person of 2019 by the Simon Wiesenthal Center.

The decision was apparently not a difficult one: “No one has done more to mainstream anti-Semitism into the political and social life of a democracy than the Jeremy Corbyn-led Labour Party,” the LA-based Center’s director, Rabbi Marvin Hier, told the British Daily Mail.


“If Jeremy Corbyn wins, he will make Britain a pariah on the world stage. To have a person seeking the highest office who ignored anti-Semitism for years, who did everything in his power to encourage it is shocking.”

The Chief Rabbi of the UK, Rabbi Ephraim Mirvis, for the first time stepped up to urge voters not to vote for Labour and instead to see the “new poison” that has taken root in the party. The rabbi openly expressed fear for the fate of the Jews of Britain, should Jeremy Corbyn win the election and become prime minister.

Numerous Jewish groups and others in the UK have raised the alarm over that prospect, in fact: Corbyn has, in the past, described Hamas and Hezbollah as “friends,” defended an anti-Semitic mural in East London and on numerous occasions shown a willingness to associate with open anti-Semites, terrorists and Holocaust deniers.

Last year, Corbyn appeared in fourth place on the Simon Wiesenthal Center’s Anti-Semitic Person of the Year list; two years ago, Labour Party anti-Semitism was in the 10th spot.

Corbyn appeared on the Center’s annual list in the Number 2 spot in 2016. That was the year that America’s Obama administration ordered its UN Ambassador to abstain during voting in the Security Council on settlements in Judea and Samaria. 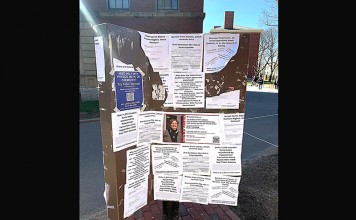 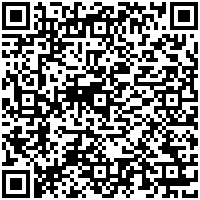