Hamas officials in the Gaza Strip and London’s Hamas institutions have joined forces to support Jeremy Corbyn and the Labour Party, ahead of the upcoming UK elections this week.

One of Corbyn’s largest support networks has been managed from the Gaza Strip, with the knowledge and involvement of the Hamas leadership, TPS has learned.


The multifaceted relationship between Hamas and the Labour Party exists through a large number of organizations, forums, media outlets and activities on social networks. These Hamas organizations are actively engaged in the efforts in recent weeks to secure Corbyn’s election.

The “We support Jeremy Corbyn” Facebook page, with some 72,000 followers, is one of the largest and most important of the Corbyn support organizations across the world.

Walid Abu Rouk, a resident of Khan Yunis in the Gaza Strip, managed the page for over two years. In June 2017, Labour activists decided to add Abu Rouk as a manager to the page, declaring him their representative in the Gaza Strip.

Labour activists have conducted several fundraising campaigns for his projects in Gaza during this time. Labour activists describe Abu Rouk as a staunch supporter of Corbyn and declared that he is “our man in Gaza.”

Speaking to TPS, Abu Rouk said he had served as the page manager until recently, but he still maintains relationships with Corbyn’s party activists.

Labour activists in London have directed supporters to contact Abu Rouk and receive information and publications from him, but he is no simple social activist. The findings and evidence indicate that his relationship with Labour does not exist in a vacuum. Abu Rouk is a central link within the hidden relationship that serves Hamas in its political relations with Labour, and that may be what prompted Labour activists to appoint him as the director of the Facebook page from the Gaza Strip.

A source in the Gaza Strip told TPS that “Abu Rouk serves Hamas’ information campaign and is guided by it.”

Another official in the Gaza Strip, who asked to speak on condition of anonymity, told TPS that Abu Rouk is an important link in Hamas’ English-language propaganda system and that he operates under Hamas’ guidance. As a violent terror dictatorship, Hamas does not allow free media activity in the Gaza Strip.

Additional research conducted by TPS through a third-party conduit with Hamas officials, also indicates that Abu Rouk operates under Hamas’ directive and is being guided by it because of his command of the English language.

In recent years, Hamas’ internal security apparatus has placed its people in the offices of important media outlets in the Gaza Strip and in control of Facebook pages. News site owners and page managers on social networks have been required to give Hamas members access to their sites’ domains and management of their social media pages.

The same is true of Abu Rouk, one of the founders of the GP + media site in the Gaza Strip. The reporters writing for the site are supervised by Muhammad Ibrahim Madhun, a journalist who is often quoted by leading international media outlets as a Hamas affiliate. Madhun is also involved in illegal activities. A source in the Gaza Strip claims that several years ago, Madhun hosted a planning session of the Hamas military wing in one of the GP + offices. The office was bombed shortly afterward by Israel.

Abu Rouk said in a phone call with TPS that he writes for Aljazeera, the Qatari news network affiliated with the Muslim Brotherhood, for the PALESTINE 24 website and for the Middle East Eye website. These sites are affiliated with Hamas.

Memo monitor writers often express support for Corbyn and the Labour party, and the party receives particularly sympathetic coverage by the Memo website.

Speaking to TPS, Abu Rouk specifically stated that he agrees to work with the Israeli media, which he usually boycotts, only if it is done through the Memo office in London.

Another senior reporter at Memo is Motasem Dalloul, a resident of the Gaza Strip. Dalloul edits the website “Days of Palestine” which is affiliated with Hamas. A source in the Gaza Strip reports that Dalloul is one of the leaders of Hamas’ English language propaganda campaign. He also edits the English content on Hamas’ official Al-Risala website.

Abu Rouk readily admits to his work in the various media outlets, which are affiliated with Hamas, and the fact that he ran the Corbyn support page, alongside Labour activists, but he denies any connection to Dalloul. Dalloul also claims that he does not know Abu Rouk. The two, residents of the Gaza Strip, work for the same newspapers, which express open support for Corbyn and identify with Hamas and the Muslim Brotherhood, yet they deny any connection or acquaintance. However, when Dalloul was injured several years ago, Abu Rouk took to social media to post his well wishes and prayers for his “dearest friend” Dalloul.

In addition to his activities in media outlets of extreme Islamic nature, Abu Rouk advocates for the boycott of the Israeli media. Like him, Corbyn’s support page is boycotting important British media sources and prohibits the uploading of content or links from the Daily Mail and the London Sun.

Abu Rouk is a BDS activist involved in several BDS organizations. He has been published by Jewish Voice for Peace (JVP), an organization known for its extreme positions and its support for boycotts of Israel and its ties with BDS movement.

Alissa Wise, Acting Co-Executive Director of JVP, claimed in an email to The Jewish Press, to not know Abu Rouk, she claims that he does not write for her organization, and she claims he has never worked with them in any way.

Despite those claims, a quick Google search shows that JVP interviewed Abu Rouk in 2018, JVP has repeatedly retweeted his content, JVP has published his writings, and Abu Rouk claims on his own Twitter profile that he has been published by JVP.

He also promotes the so-called Freedom Flotillas to the Gaza Strip on behalf of a British organization called Viva Palestina.

Viva Palestina was founded by former British Labour Member of Parliament George Galloway, who was expelled from the party over anti-Semitism. Kevin O’Banden, the association’s secretary-general, met with Hamas leader Khaled Mashal in the Gaza Strip in 2009, as Galloway’s deputy.

Another one of the organizers in the flotilla effort is Khadijah Hassan, a supporter of Corbyn.

Hassan, British in origin, converted to Islam and moved to the Gaza Strip under the auspices of the Hamas Religious Scholars Association. She is active in Labour and most of her activities are in the boycott organizations against Israel.

Viva Palestina, which is registered in the UK, operates under the instructions of senior Hamas official Zaher Birawi, who has also been identified by Israel’s security service as one of the top Hamas representatives in the United Kingdom. A source in the Gaza Strip told TPS that Birawi is responsible for all Hamas-UK relations and they call him the holder of the “Corbyn-Hamas file.” 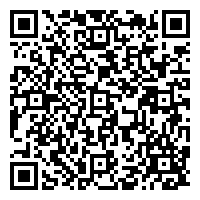