If it’s the gazillion reporters following him every step or the photo snaps at every stop, Anthony Weiner is treated as celebrity in chief.


After a press conference Monday morning, outside a Kosher supermarket in Brooklyn, Anthony Weiner did what presidential candidates usually do: sign autographs.

Mr. Weiner had wrapped up an event in the Sheepshead Bay neighborhood of Brooklyn – where he stood outside a kosher supermarket, touting his plan to allow small business owners to contest fines on their blocks using mobile vans–when a woman, bashful at first, approached the former congressman to ask for an autograph.

As Mr. Weiner finished speaking with one of his petitioners, 60 year old Anna Gordon ambled up to ask him to sign a piece of paper, according to Ross Barkan.

“I thought you were a member of the press,” Mr. Weiner quipped to Ms. Gordon, who said she lived around the block.

“Thank you so much, I will frame this!” she gushed.

Ms. Gordon subsequently told Politicker that she genuinely admired Mr. Weiner and did not reject his autograph because of his infamous recent past.

“I respect him no matter what happened with him, it’s in the past, you know?” she asked. “I just respect him because he comes from the background … to become somebody important again, do you know what I mean?”

She clarified she was referring to the scandal.

“He’s trying to make changes in his life. I look up to him like that, I appreciate him very much … I just used to see him around TV and admired the man,” she said 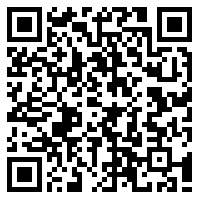