“Closeness,” by 26-year-old Russian director Kantemir Balagov, set in his home city of Nalchik in 1998, has won the Cannes Festival’s International Critics’ Award on Saturday.

The plot is based on a story Balagov says he heard from his father and from their neighbors in Nalchik, capital of the Autonomous Republic of Kabardino-Balkaria, in the North Caucasus.

“We attempted to show the life of the Jewish community in Nalchik, to show the difference in mentalities – Russian, Caucasus, Jewish,” Balagov told TASS.

In 1998, in Nalchik, 24-year-old Ilana works in her father’s garage to help him make ends meet. One evening, her extended family and friends gather to celebrate the engagement of her younger brother David. Later that night, the young couple is kidnapped, and a ransom demand delivered. In this close-knit Jewish enclave, involving the police is out of the question. How will the family raise the money to save David?

Ilana and her parents, each in their own way, will go as far as necessary, whatever the risks to themselves…

“This story of a kidnapping, relatively common in the nineties (this kind of problem hasn’t existed since the early 2000s) – I only heard from my father, when I was 17 or 18,” Balagov said in the press kit for his movie. “Later, when I was studying, I thought it was good film material and started to explore the question of the Jewish diaspora – what little was left of it in Nalchik at the time. What interested me most were the feelings a family would experience when learning of the kidnapping of their son and above all, what these relatives would not be prepared to do to save their kin. It is this moral clash that I wanted to explore and talk about. Clearly one would do anything to save a loved one, but what people are not prepared to do is what was most interesting to explore.”

Le Monde has gushed about Balagov last week: “Twenty [six] years old. An angel’s face. A scattering of thin broken lines tattooed along the right arm. There are two souls – one who clings to him, the other who wants to flee him; or two personalities – one earthly, the other looking towards heaven. The boy is called Kantemir Balagov and we bet that you will not stop talking about him. He is the author of Tesnota (‘Closeness’), a divine revelation, as one hopes every year that the Festival will offer us at least one.”

The awards of the International Federation of Film Critics (FIPRESCI) were announced one day before the official announcement of the Cannes Festival’s 2017 Palme d’Or winners on May 28. The prizes do not always coincide with those selected by the Cannes international official jury. 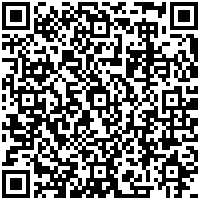