Researchers from Cornell, Tulane, and Stanford universities who followed 3,238 adolescents for 13 years have concluded that girls raised by at least one Jewish parent are 23 percentage points more likely to graduate college than girls with a non-Jewish upbringing. The researchers concluded that these girls acquire a particular way of viewing the world that influences their education choices and career aspirations.

The study, “From Bat Mitzvah to the Bar: Religious Habitus, Self-Concept and Women’s Educational Outcomes,” was published in the American Sociological Review.

This study considered the role of religious habitus and self-concept in educational stratification. “We follow 3,238 adolescents for 13 years by linking the National Study of Youth and Religion to the National Student Clearinghouse,” the study authors reported, revealing that “survey data reveal that girls with a Jewish upbringing have two distinct postsecondary patterns compared to girls with a non-Jewish upbringing, even after controlling for social origins: (1) they are 23 percentage points more likely to graduate college, and (2) they graduate from much more selective colleges.”

The authors added: “We then analyze 107 interviews with 33 girls from comparable social origins interviewed repeatedly between adolescence and emerging adulthood. Girls raised by Jewish parents articulate a self-concept marked by ambitious career goals and an eagerness to have new experiences. For these girls, elite higher education and graduate school are central to attaining self-concept congruence.”

“In contrast,” they noted, “girls raised by non-Jewish parents tend to prioritize motherhood and have humbler employment aims. For them, graduating from college, regardless of its prestige, is sufficient for self-concept congruence. We conclude that religious subculture is a key factor in educational stratification, and divergent paths to self-concept congruence can help explain why educational outcomes vary by religion in gendered ways.”

According to co-author Landon Schnabel, assistant professor of sociology in the College of Arts and Sciences, religious upbringing is a key factor that can help explain why some people are not only much more likely to go to college than others but also more likely to go to more selective schools.

“Just as we shouldn’t ignore things like class, race, or gender when trying to understand the educational landscape, we shouldn’t ignore religion,” Schnabel said, noting that the daily life of Jewish people, regardless of social class, occupation or age, was organized around reading and studying Torah. As a result, Jews became literate much earlier than other people.

For Eastern European Jews who immigrated to the United States in the early 20th century, formal schooling became increasingly important. According to the study, education played such a significant role in helping Jews survive in Europe and the United States that it now permeates the Jewish religious subculture.

Lead author Ilana Horwitz, an assistant professor at Tulane University, said Jewish girls “developed a self-concept marked by an openness to new experiences and a vision of themselves as prominent career women. They were highly attuned to what these careers take and organized their educational experiences to position themselves for elite colleges so they could realize their professional visions and attain self-concept congruence.” 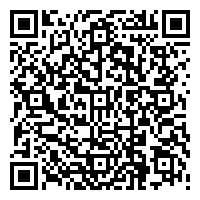