(JNi.media) The Jewish community of Amsterdam says it is worried about the proposed refugee shelter in Amstelveen-Noord, a suburban town in the Amsterdam metropolitan area, NL Times reported. Local residents were informed on Monday night about the new shelter, which will house 400 refugees, mostly from Syria and Iraq. The proposed location is an office building less than half a mile away from Buitenveldert, a neighborhood of Amsterdam which is considered the city’s modern Jewish quarter, with a Synagogue, Jewish schools, nursing homes, shops and kosher restaurants. Buitenveldert is also the largest Jewish community in the Netherlands.

The Dutch Central Jewish Board is concerned that there will be unpleasant, if not dangerous incidents because of the close proximity of the new shelter to Jewish homes. “Let there be no doubt that the Jewish community is overwhelmingly for the reception of war refugees, but we have major concerns”, chairman Ron van der Wieken said on Monday. “These people come from countries such as Syria and Iraq, who traditionally take an extremely harsh tone against Jews. These people are largely brainwashed to hate Jews. You should not underestimate it.”

Attorney Ron Eisenmann, who serves as President of the Center for Information and Documentation Israel tweeted: “Not a good plan, Syrian refugees in the middle of a Jewish neighborhood.” His tweet received an angry reaction from Laura Bromet, an alderwoman in Waterland, who tweeted back: “Maybe you can point out a Syrian neighborhood where they can go.”

The south Amsterdam faction of the People’s Party for Freedom and Democracy, aka VVD Amsterdam Zuid, where Eisenmann is a faction leader, released a statement saying they are concerned about the support—or lack thereof from the residents of Buitenveldert. “Given the disquiet among residents in the area and the importance of social safety, the VVD insists that adequate security and surveillance will be present in the district.” 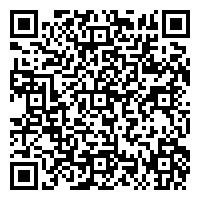