Rabbi Shmuel Auerbach, leader of the Haredi-Lithuanian faction in Israel, passed away Friday night at the age of 86 after suffering a heart attack.

The elderly rabbi suffered heart pains on Friday night in his room. A team of doctors was rushed over and tried to perform CPR. The rabbi was evacuated to Sha’arei Zedek Medical Center, but unfortunately the doctors were unable to save his life.


The rumor of Rabbi Auerbach’s passing spread Saturday morning through the streets of the capital. Crowds gathered around his house in the Sha’arei Hesed neighborhood.

The funeral will depart at 10 PM Saturday from the Sha’arei Torah Yeshiva in Sha’arei Hesed.

Shmuel Auerbach, the eldest son of Rabbi Shlomo Zalman Auerbach, was regarded as a leading Lithuanian halachic authority for many Haredi Jews in Israel and was a respected authority for Jews worldwide. He was dean of Yeshivat Ma’alot HaTorah and president of Midrash Shmuel and Torat Simcha yeshivas, in Jerusalem. He also served as one of the deans of Itri yeshiva in Jerusalem.

He was leader of the Bnei Torah party (“Etz”), which he founded. Since the passing of the IDF enlistment law by Yesh Atid chairman Yair Lapid, Rabbi Auerbach enhanced his struggle against army service and completely prohibited his students from going to the recruitment offices throughout the country, even in order to receive their legal exemptions from service – which would have meant that they requested the approval of the Zionist state.

Morsi Buried in Cairo Against his Family’s Wishes 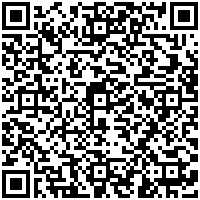