President Reuven Rivlin spent some Chol Hamoed travel time on Wednesday visitng the Negev city of Dimona, which he described as “a city where dreams come true and the people … are wonderful.”

During the president’s tour, Mayor Beni Bitton noted that the city had received two awards for education in the past decade, and that construction projects are growing.


However, Bitton also pointed out that local authorities are facing difficulties because of the “long periods of transitional governments” and urged Rivlin to do as much as possible to promote a unity government this time around.

“This is important for the State of Israel which needs a government. The local councils have been stuck for eight months without being able to receive budgets,” he said.

The rabbis of the city greeted Rivlin on the festival of Sukkot with prayers for a “blessed and fruitful year.” In response, Rivlin told them that “Tomorrow my Sukkah will be full of Israelis from across the country. But today, I got to choose where I wanted to be hosted — and there was no question that of all the places in the world, Dimona is where I want to be.

“Dimona is a city where dreams come true and the people of Dimona are wonderful,” Rivlin said. “The schoolteachers in this city, for students of all ages, devote such time and effort to the children so they can realize make the most of their abilities. Today the whole country looks to Dimona.”

Later in the day, Rivlin traveled to one of the 22 villages created by the Ayalim Association, an organization that works to develop the geographic and social periphery of Israel through rural settlement and social activity.

“Students have a major role in facing the challenges of Israeli society today, especially the challenge of partnership. Now the challenge is to go further, turning these villages into a incubator for Israel’s future leadership. You are important partners in this work,” the president said to the young people.

“When Ben Gurion said the Negev would be the test of the people in Israel, he could not imagine more success than you have created here,” said Rivlin. “You have passed the test for all of us.” 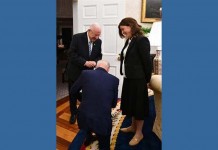 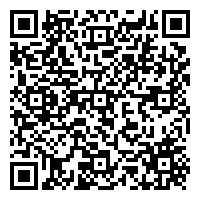