The Combat Antisemitism Movement (CAM) has released a comprehensive internet monitoring data report revealing the scope of the rising trend of Holocaust trivialization, including comparisons of the Nazi genocide to the Covid-19 pandemic now entering its third year, in advance of International Holocaust Remembrance Day on January 27.

The study was conducted by Buzzilla, an online and social media monitoring agency. It scanned online content over a two-year period (January 2020-December 2021) from social media platforms such as Facebook, Twitter, Instagram, and YouTube, as well as other news websites, forums and blogs, and user comments on media portals, in six languages, including English, Spanish, French, Italian, Arabic and Hebrew.


By isolating specific word combinations, the scanning identified more than 60 million online engagements (posts, comments, reactions, shares) in which the Holocaust and the Covid-19 pandemic were tied together, with a vast majority, nearly 57 million, taking place in English. Hebrew was second place with 2.6 million engagements, and Spanish third with 2.1 million engagements.

The data was compiled as part of CAM’s global campaign against Holocaust trivialization, in partnership with the International March of the Living. The report was released a few days before the United Nations General Assembly is set to vote on a historic resolution against Holocaust denial, formulated by Israel’s Permanent Representative to the United Nations Ambassador Gilad Erdan, which will also focus on the need for online and social media companies to curtail distortions of the Holocaust.

Over the last two years, Holocaust trivialization has become increasingly mainstream among many politicians, grassroots movements, in the media, and online, representing a distortion of history and a direct affront to the memory of the victims and the dignity of survivors. Often inflamed by politicians, yellow-star protesters are marching in the streets of their cities and showing up at school board and city council meetings across the world. Some have given Nazi salutes and shouted Heil Hitler.

Some of the more high-profile trivializations include, politicians from across Europe, the U.S. and Israel making comparisons between pandemic restrictions and Nazi measures against Jews during the Holocaust, “Not Again” daubed on a Holocaust memorial in Germany together with an anti-vaccine sign, and the slogan “Vaccination sets you free” at a demonstration in Poland.

A database of Holocaust trivialization incidents since the summer of 2021 monitored by CAM is available here.

“These comparisons have opened a gateway for the revival of age-old antisemitic conspiracies, including blaming Jews for the pandemic as purveyors of disease and accusing Jews of a vast conspiracy for global control through mandates.

“This trend minimizes both Holocaust remembrance and Jewish concerns for safety during an already-resurgent wave of global antisemitism,” Dratwa said.

“The memory of the Holocaust is a cornerstone in the fight against antisemitism, and I call on top decisionmakers, internet giants, and all people to take this alarming trend seriously.”

Holocaust survivors from around the world are incensed by these comparisons and are speaking out against the trivialization of the horrors they suffered.

Responding to comparisons of the Chief Medical Advisor to the President of United States Dr. Anthony Fauci, and Pfizer CEO Albert Bourla – himself the son of Holocaust survivors – to the infamous Nazi Dr. Mengele, 84-year-old Vera Grossman Kriegel (who as a child was subjected to Mengele’s cruel medical experiments at Auschwitz) said comparisons of what she experienced to Covid-19 health measures, particularly vaccines, were greatly disturbing.

“Those who compare the two do not understand deep enough, and do not know enough about the Holocaust, because there is nothing to compare,” she said.

“These were atrocities for which there are no words to describe. In the Holocaust, they sought only to kill people, including with injections. Mengele gave us injections for experiments that did not value human life. We receive shots today to live, whereas in the Holocaust we received them to die.”

Dita Kraus, 93, another Holocaust survivor, expressed similar sentiments. “In the Holocaust, they wanted to exterminate the Jews. The ‘Green Pass’ exterminates Jews? That’s simply ridiculous. The comparison is so absurd.

“It is impossible to compare the Holocaust to anything. The Holocaust was unique, nothing is like the industrial-scale extermination of people in gas chambers. Nothing compares to this, and nothing ever will.”

“Holocaust trivialization is a gateway to outright Holocaust denial, and we must act decisively against it,” said International March of the Living President Phyllis Heideman.

“The fact that Holocaust survivors who are still with us must witness this is outrageous and unfortunate. With historical truth under attack, the International March of the Living will continue to promote Holocaust education and pass on the memory of the Holocaust to future generations.” 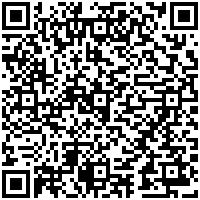