The decision was taken ahead of International Holocaust Remembrance Day this Thursday, 27 January, and commemorates the 77th anniversary of the liberation of the Auschwitz-Birkenau death camp.

Yad Vashem is the second-most visited tourist site in Israel after the Western Wall with multiple facilities that serve as research centers, museums and memorials.

“Remembering the Holocaust is our moral imperative as a nation. From my point of view, it is also a personal imperative as the son of a child from the Budapest ghetto,” said Foreign Minister Yair Lapid.

“Our role as the government is to see to it that Holocaust research and the preservation of memory will continue among us.”

Lapid said the decision was “part of the last will and testament of the six million and mainly a message to the survivors, to the families and to the entire world: The State of Israel will not forget and will do everything in its power to preserve the memory.”

Social Equality Minister Meirav Cohen likewise praised the decision, emphasizing that Yad Vashem “is an organization of national significance for the State of Israel,” and that it should not have to be “an organization that pursues funds from donors.

“We have a responsibility as a nation to use it in order to deepen research into, and the remembrance of, the Holocaust,” she said.

“The goal of this first decision on the Cabinet table today is to — inter alia — provide for documenting the stories of the survivors’ heroism before they pass on.

“We do not have many years left and we need to take advantage of the time at our disposal for the survivors and for the coming generations,” she added.

Recently-appointed chairman of Yad Vashem and former Israel Consul to New York Dani Dayan told JewishPress.com in an interview last December the Holocaust museum and world center must also serve as the future spark to remind each Jew in every generation of what took place, and to see themselves as if they too had personally escaped the horror.

“We are approaching the inevitable period in which there aren’t going to be any more Holocaust survivors among us,” Dayan said. “That will make Yad Vashem’s mission much more difficult but also much more vital.

“We will have to be the ones who convey the message for all who went through those dark years. And so now we relentlessly gather documents and testimonies and artifacts.

“Everything related to the Holocaust is important to us and we call on every person that has documents or artifacts or who can give testimonies about victims or survivors to call us – and do it now.

Each diplomat and world leader who arrives in Israel, without exception, is taken to the Yad Vashem Holocaust Memorial Museum, established in 1953, during the first few days of his or her stay.

TPS contributed to this article. 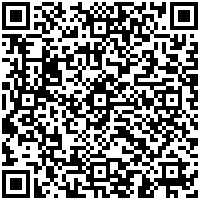