Scarlett Johansson on Tuesday filed for divorce in New York from French journalist and artist Romain Dauriac, the Washington Post reported Thursday. Johansson explained that their marriage was “irretrievably broken,” and while consenting to joint custody of their child, she wants the 3-year-old Rose Dorothy to live with her.

Johansson’s mother, Melanie Sloan, a producer, was born to an Ashkenazi Jewish family from the Bronx. Her father, Karsten Johansson, is an architect from Denmark. Johansson said in several press interviews that she celebrates a “little of both” Christmas and Hanukkah, but describes herself as Jewish.

In January 2014, Johansson resigned from her position in Oxfam, in response to the group’s criticism of her promotions for SodaStream, whose main factory at the time was in Mishor Adumim, in Judea. Oxfam opposes all trade with Israeli settlements, and Johansson responded that she and Oxfam “have a fundamental difference of opinion in regards to the Boycott, Divestment and Sanctions movement.” 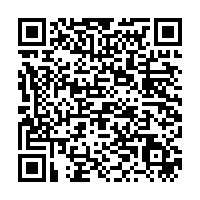