A top Presbyterian leader’s broadside against Israel in a letter issued on Dr. Martin Luther King Jr. Day may have gone too far even for his own denomination. Dr. J. Herbert Nelson II, the stated clerk of the General Assembly of the Presbyterian Church USA, or PCUSA, said: “the continued occupation in Palestine/Israel is 21st-century slavery.”

“Nelson’s remarks were so offensive and inflammatory that people who would normally just sit on the sidelines and throw up their hands, even they have been moved to say, ‘We can’t allow this,’ ” Rev. Todd Stavrakos, a co-convener of Presbyterians for Middle East Peace (PFMEP), a Christian group that criticized Nelson, told JNS.

“We’re hearing that there are lots of rumblings behind the scenes. I think there are more groups that will be coming out and making statements in the very near future,” he added.

Nelson not only condemned Israel, but the American Jewish community for failing to join in his condemnation. “Given the history of Jewish humble beginnings and persecution … I would also hope that the Jewish community in the United States would influence the call to join the U.S. government in ending the immoral enslavement.”

A raft of American Jewish groups condemned the reverend’s remarks. Notable among them—given its opposition to Israel’s presence in Judea and Samaria—was Americans for Peace Now. The Conference of Presidents of Major American Jewish Organizations, which represents 50 national U.S. Jewish groups, said: “To use the memory of Dr. Martin Luther King Jr. to make claims linking the Israeli-Palestinian conflict to enslavement and then call on the American Jewish community to use its ‘influence’ with the American government is not only unfair, but it is also dangerous.”

Rather than issue a retraction, Nelson doubled down. In a follow-up statement addressing the criticism, he said, “While my reference to these injustices as ‘slavery’ may seem extreme to many and, of course, offensive to most Israelis, no one who is informed … can honestly avoid the truth of this situation.”

Presbyterians for Middle East Peace issued statements both criticizing Nelson’s initial Martin Luther King Day comments and his subsequent dismissal of criticism, saying of the latter: “He cannot decide on his own what the American Jewish community should find offensive, or what constitutes anti-Semitism. … He created a consensus of indignation in a Jewish community that usually has a wide range of opinions.”

Stavrakos said his group is made up of individuals, lay and clergy who are “concerned about the trajectory of PCUSA as it relates to conversations about the State of Israel, as well as the impacts that these conversations are having with the American Jewish community.”

Presbyterians for Middle East Peace was founded in the wake of, and in opposition to, a 2004 resolution by PCUSA’s General Assembly (431-62) prohibiting any of the Church’s $7 billion investment fund from going to companies doing business in Israel, giving PCUSA the dubious distinction of being the first major success of the divestment movement even before the BDS movement became official. (It marks its start in 2005).

Although PCUSA has a long history of anti-Israel statements and resolutions, Stavrakos said polls show that 65% of average Presbyterians are “very supportive” of Israel. The problem rests with the denomination’s leadership.

Jim Fletcher, executive director of the National Christian Leadership Conference for Israel (NCLCI), an ecumenical group that encourages support for Israel in the North American Christian community, agreed, telling JNS that the leadership in PCUSA “basically has carte blanche to do what it wants, and if it wants to lambast Israel, then it will.”

“The key was the Six-Day War. As Israel grew stronger, the left and the church grew nastier in their view of Israel,” said Fletcher.

He said the groundwork for today’s attitudes in mainline Presbyterian churches were laid 100 years ago when the belief gained ground that much of the Bible was myth. “The seminaries have turned out pastors who, oddly enough, don’t believe in big chunks of the Bible,” he said.

“And if Israelite, or Hebrew, history is myth, then it’s no more valid than anybody else’s myth. And so, to say Israel has a right to reclaim part of its ancient homeland just doesn’t square when seen through the modern lens of geopolitics.”

Fletcher said the lack of Bible knowledge has unfortunately reached evangelical Christians as well. His group recently decided to focus on a grassroots education effort with an emphasis on Bible study, the Bible’s “Jewish roots and its connection to our own faith” and, secondly, on Holocaust studies. “Your average Christian knows nothing about the Holocaust. It’s horrifying, but it’s true.”

Most of NCLCI’s efforts will be directed at evangelical churches, not mainline Presbyterian ones, he said.

As for effecting a change among PCUSA’s leadership, neither Stavrakos nor Fletcher believes that goal will be easy. Stavrakos said it’s more likely that the leadership would precipitate a crisis itself by overreaching—Nelson’s recent comments being a prime example. “We’re possibly at a tipping point,” he said.

Fletcher said that part of the problem is that pro-Israel Presbyterians have been too polite given the nature of their opponents. “These leaders in the church who are anti-Israel, they have the budget, they have the time, and they have aggressive personalities. And they take the long view.” 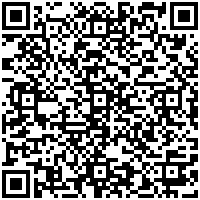