IDF Chief of Staff Lt. General Aviv Kochavi was presented on Monday with an investigation following the activity of an IDF unit on the night of January 12, 2022, in the village of Jaljulia in the Binyamin region in which an 78-year-old Arab man with American citizenship, Omar As’ad, died hours after being detained by the troops.

After the incident, an investigation was opened by the military police, in the framework of which a number of officers, soldiers and other witnesses were questioned. Investigators are also working to gather relevant evidence, making concerted efforts to coordinate with Palestinian Authority Arab witnesses.

The investigation shows that during the night, operational activity was carried out in the village of Jaljulia to thwart terrorist activity and locate weapons. As part of the operation, an IDF force stopped vehicles for inspection. One of the vehicles was driven by Omar As’ad, 78, who did not carry an identification card and refused to be inspected. To allow the forces to continue to operate, and noting the lack of cooperation on his part, his resistance and violence, a strip of cloth was placed over his mouth for a short time and his hands were handcuffed.

As’ad was taken to the yard of a nearby building, where three other Arabs who were also detained by the military force were being held. At the end of the operation, about half an hour later, the fighters released the suspects, and As’ad was released from his bindings. The investigation revealed that the force did not identify any signs of distress or other suspicious signs regarding his health, and based on his behavior, the fighters thought he was asleep and did not attempt to wake him. A few hours later the report on his death was received.

According to partial findings from the autopsy report, as submitted by the Palestinian Authority, As’ad’s death was caused by a heart attack. According to the family, As’ad had previously undergone open heart surgery and was in poor health.

The IDF stated that “the incident is serious and unfortunate. The incident indicates a value failure of the part of the force and a mistake in judgment, with a serious violation of the value of human dignity,” even though there was no use of violence beyond suppressing As’ad’s initial resistance.

The IDF determined that the force failed by leaving the place and leaving As’ad lying, without verifying his condition. In addition, professional gaps arose in the planning and execution of the mission.

Kochavi accepted the conclusions of the investigation and said that the incident is a very serious failure in values.

“The departure of the forces from the scene and leaving As’ad without verifying his condition indicates a numbness of the senses and is contrary to IDF values, at their core is the duty to maintain the dignity of every person as a person,” he stated.

He ordered that the conclusions of the investigation and its lessons be learned among all the forces, in order to prevent the recurrence of similar cases.

The company commander and the platoon commander were immediately dismissed and they will not serve in command positions for two years.

The investigation’s findings will be submitted to the military prosecutor’s office for examination and decisions will be made at the legal level regarding those involved in the incident. 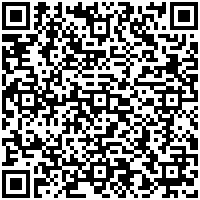