Israeli and Jewish politicians and organizations have come out in support of US President Donald Trump’s decision to sign an Executive Order to combat anti-Semitism at US higher education institutions.

The Executive Order makes use of Title VI of the Civil Rights Act of 1964 which prohibits federal funding to programs or activities which discriminate on the basis of race, color, and national origin.


Under the new ruling, Judaism will be defined as a national origin, rather than as a religion. Muslim, Sikh, and Hindu students have previously been protected under the Act, citing shared ancestry and ethnic characteristics.

“Free speech is not carte blanche for anti-Semitic attacks on the Jewish People and the State of Israel,” he stated.

Brooke Goldstein, Executive Director of The Lawfare Project, an NGO funding legal action aimed at “protecting the civil and human rights of the Jewish people worldwide,” called the move “groundbreaking” by “acknowledging Judaism as a nationality.”

Goldstein said the Order would “for the first time” grant Jews the same protections “enjoyed by every other ethnic minority.”

Trump’s decision will allow the US federal government and its respective departments to withdraw federal funding of any higher educational institution deemed not combatting anti-Semitism.

The definition of anti-Semitism is to be adopted from the State Department which uses the International Holocaust Remembrance Alliance (IHRA) definition. This defines anti-Semitism as “a certain perception of Jews, which may be expressed as hatred toward Jews. Rhetorical and physical manifestations of antisemitism are directed toward Jewish or non-Jewish individuals and/or their property, toward Jewish community institutions and religious facilities.”

Trump told the press on Wednesday that “the vile, hate-filled poison of anti-Semitism must be condemned and confronted everywhere and anywhere it appears.”

Israel’s Permanent Representative to the United Nations Danny Danon praised the Executive Order as “the right move in the fight to tackle anti-Semitism head-on,” adding that Trump’s decision would “target the BDS movement that has grown in recent years.”

The Boycott, Divestment and Sanctions (BDS) movement which calls for economic, cultural and academic boycotts of Israel could be targeted under the new ruling if its actions on college campuses are deemed to “include the targeting of the state of Israel, conceived as a Jewish collectivity,” or criticize Israel in a manner dissimilar to the criticism aimed at other states under the IHRA definition.

Under Trump’s executive order, groups “denying the Jewish people their right to self-determination, e.g., by claiming that the existence of a State of Israel is a racist endeavor,” drawing comparisons of Israeli policy to that of the Nazis and “holding Jews collectively responsible for actions of the state of Israel,” are anti-Semitic, as defined in the IHRA definition.

Issac Herzog, Chairman of the Jewish Agency for Israel, praised the move as a “helpful step” in times of increasing anti-Semitism, adding that the Jewish Agency has embarked on a campaign “urging global leaders to commit to a unified fight against antisemitism and to adopt the IHRA definition.”

Israel’s Foreign Minister Yisrael Katz “congratulated” Trump on Twitter, calling his move and the adoption of the IHRA definition “significant steps against antisemitism.”

Rabbi Abraham Cooper of the Simon Wiesenthal Center, a Jewish Human Rights NGO, said Trump’s Executive Order “will have an immediate impact on US campuses plagued with anti-Semitic and extreme anti-Israel acts,” adding that university officials and Jewish students were now “better equipped to deal with hate attacks often associated with the anti-Israel BDS campaigns.”

“More broadly, President Trump’s Executive Order sends a strong message domestically and around the world against history’s oldest hate at a time of surging anti-Semitism on both sides of the Atlantic,” Cooper added. 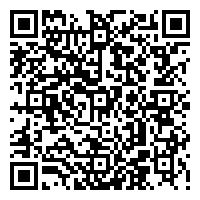