Russian opposition leader, lawyer, and anti-corruption activist Alexei Navalny, who is locked up in the penal colony IK-2 in Pokrov, 60 miles east of Moscow, posted on his Instagram account this week that he had requested a copy of the Chumash (the five books of Moses) with the classical commentary by 11th-century Jewish scholar Rashi.

“When I was just imprisoned, I made my personal list of improvements that I would try to implement during my time in jail,” Navalny wrote in his post, explaining that “according to one of my resolutions, I must study in-depth and understand the Qur’an and the Sunnah of the Prophet Muhammad. After all, everyone talks endlessly about Islam and Muslims, and of course, 90% of them don’t understand anything about it. So I decided to become the champion of the Qur’an among non-Muslim Russian politicians. Well, I also realized that my development as a Christian requires the study of the Qur’an.”

In January, Navalny returned to Russia by plane from Germany, where he had recovered from his alleged poisoning by agents of President Vladimir Putin. He was detained at passport control, and the Federal Penitentiary Service (FSIN) said he would remain in custody until his court hearing. Earlier, the FSIN had said that Navalny might face jail time should he decide to return home for violating the terms of his probation by leaving Russia.

In February, a Moscow court replaced Navalny’s three and a half year suspended sentence with a prison sentence, minus the time he spent under house arrest, meaning he would spend more than two and half years in a penal colony.

Navalny, who has been on a hunger strike for the past two weeks because the prison administration is preventing him from seeing a doctor for his ruptured disc, also said in his Instagram post that he has been demanding to receive a copy of the Qur’an, but is being refused because of “the need to check whether the book contains incitement.” Such a review normally takes three months, and Navalny sent a letter to the warden, saying: “I don’t understand, what does it mean to check whether the Koran is inciting? What does it even look like? There’s some Lieutenant Colonel Nechiporenko in the penal colony, looking for incitement in a book that’s sacred to a billion and a half people? And if he finds it, will he outlaw the Qur’an?”

Navalny ended his post with a wink: “And they still don’t know that I also ordered a Chumash with Rashi’s commentary.”

For the record, Navalny is a Russian Orthodox Christian and has no plans to convert to Judaism (or Islam for that matter). 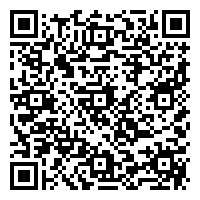