Photographs included in the show span more than 50 years and four continents, from Gruber’s groundbreaking reportage of the Soviet Arctic in the 1930s and iconic images of Jewish refugees on the ship Exodus 1947, to her later photographs of Ethiopian Jews in the midst of civil war in the 1980s.


A selection of Gruber’s vintage prints never before exhibited will be presented along with contemporary prints made from her original negatives. She passed away in November 2016 at the age of 105. This traveling exhibition is organized by the International Center of Photography and sponsored locally by Funding Arts Network.

Ruth Gruber was born in Brooklyn in 1911, one of five children of Gussie and David Gruber. She dreamed of becoming a writer and graduated from New York University at the age of 15. At eighteen she won a postgraduate fellowship at the University of Wisconsin Madison. In 1931, she won another fellowship from the Institute of International Education to study in Cologne, Germany, where she received a Ph.D. from the University of Cologne in German Philosophy, Modern English Literature, and Art History, becoming the youngest person in the world to receive a doctorate.

While in Germany, Gruber witnessed Nazi rallies and after completing her studies and returning to America, she brought the awareness of the dangers of Nazism. Gruber’s writing career began in 1932. In 1935, the New York Herald Tribune asked her to write a feature series about women under Fascism and Communism. While working for the Herald Tribune, she became the first foreign correspondent to fly through Siberia into the Soviet Arctic.

In 1946, the New York Post asked Gruber to cover the work of a newly created Anglo-American Committee of Inquiry on Palestine. The Committee was to decide the fate of 100,000 European Jewish refugees who were living in European camps as displaced persons (DP). Harry Truman pressed Great Britain to open the doors of British Mandate of Palestine to these survivors of the Nazi Holocaust. The committee members spent four months in Europe, Palestine, and the Arab countries and another month in Switzerland digesting their experiences. At the end of its deliberations, the committee’s twelve members unanimously agreed that Britain should allow 100,000 Jewish immigrants to settle in Palestine. British foreign minister Ernest Bevin rejected the finding.

Gruber witnessed the Exodus 1947 ship with 4,500 illegal Jewish refugees entering Haifa harbor after having been intercepted by the Royal Navy. Gruber flew to Cyprus, where she witnessed and photographed refugees detained by the British. The British then sent the refugees to Port-de-Bouc in France and Gruber went there. The refugees refused to disembark, however, and, after 18 days standoff, the British decided to ship the Jews back to Germany.

Out of many journalists from around the world reporting on the affair, Gruber alone was allowed by the British to accompany the DPs back to Germany. Aboard the prison ship Runnymede Park, Gruber photographed the refugees, confined in a wire cage with barbed wire on top, defiantly raising a Union Jack flag on which they had painted a swastika.

In 1978 Gruber spent a year in Israel writing Raquela: A Woman of Israel, about an Israeli nurse, Raquela Prywes, who worked in a British detention camp and in a hospital in Beersheba. The book won the National Jewish Book Award in 1979 for Best Book on Israel. 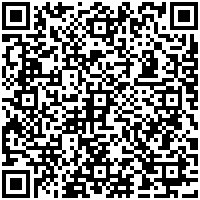