Legendary Jewish television and radio talk show host Larry King passed away on Sabbath morning at Cedars-Sinai Medical Center in Los Angeles at age 87, according to Ora Media, the media company he founded. King was hospitalized with COVID-19 earlier this month.

“For 63 years and across the platforms of radio, television and digital media, Larry’s many thousands of interviews, awards and global acclaim stand as a testament to his unique and lasting talent as a broadcaster,” Ora Media said in its statement.


“Additionally, while it was his name appearing in the shows’ titles, Larry always viewed his interview subjects as the true stars of his programs, and himself as merely an unbiased conduit between the guest and audience. Whether he was interviewing a U.S. president, foreign leader, celebrity, scandal-ridden personage, or an everyman, Larry liked to ask short, direct, and uncomplicated questions. He believed concise questions usually provided the best answers, and he was not wrong in that belief.”

Born to Jenny and Aaron Zeiger, an Orthodox Jewish couple who emigrated to the US from Belarus to Brooklyn New York, Lawrence Harvey Zeiger was born on November 19, 1933 and was one of two children. He attended Lafayette High School, a public school, and lost his father to a heart attack when he was nine years old. After high school graduation he worked to help support his mother.

Larry King broke into radio in Florida in the 1950s. He later credited Jackie Gleason with helping him break into television and mentoring him, beginning with a CBS variety show that was being taped in Miami Beach in 1964.

Beginning in 1985, King hosted a nightly talk show on CNN, “Larry King Live,” which ran for 25 years; the Peabody Award winner conducted more than 30,000 interviews during that time, according to CNN.

He continued to work as a talk show host on the weekly “Politicking with Larry King” which ran on Hulu and RT America, beginning in 2013, until this weekend.

King founded the nonprofit Larry King Cardiac Foundation after his own heart attack in 1987, which paid for cardiac procedures for people who otherwise could not afford them. He also served as the host of the 30th annual Chabad “To Life” Telethon in Los Angeles, and donated to the Beverly Hills 9/11 Memorial Garden.

Ora Media said in its statement that funeral arrangements and a memorial service will be announced later in coordination with the journalist’s family, “who ask for their privacy at this time.” He is survived by his three surviving children, Larry Jr., Chance, and Cannon, and the rest of his family. Two of his five children predeceased him: son Andy died of a heart attack in August 2020 at age 65; daughter Chaia died from lung cancer in July 202 at age 51. 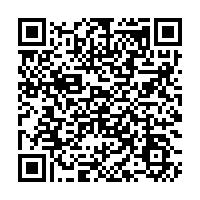