It’s an awe-inspiring scene that repeats itself throughout the daytime and evening hours at hospital cancer wards in metro Jerusalem and beyond. A driver pulls up to the entrance at Hadassah Ein-Kerem’s pediatric cancer ward, and gently assists a frail-looking young boy and his mother out of the car. With a smile creasing his face, he offers words of encouragement to 14-year-old Uriel Wang. “Thanks for the lift, Uriel is a tough kid, he’ll be fine,” Sarah, his mother responds in kind to the driver – one of dozens of volunteers at the Israel Cancer Support Network, who make it their business to assist families in need.

This is a taboo subject that few of us like to discuss … cancer. It’s horrible enough to have it, and even more horrific to deal with it on a daily basis. The physical and fiscal strain from arranging doctors’ appointments and transportation to the hospital and back, while trying to maintain a ‘normal’ family life is a hurdle that many people have a difficult time overcoming. Even finding the time for a cup of coffee in order to decompress can be a challenge.


It’s an emotionally grinding drill that was all too familiar to Arele and David Weingarten, when their mother, Miriam succumbed to the disease after prolonged cancer treatment. Recognizing the need to provide various types of assistance to cancer patients and their families, the Weingarten brothers created Darkei Miriam in memory of their mother. In less than a decade, the organization has grown into the Israel Cancer Support Network (ICSN). That support is spearheaded by dozens of multi-lingual volunteers from metro Jerusalem and from farther away, who take time out from their own busy lives in order to drive cancer-stricken children and adults to and from the hospital, around the clock, throughout the year. They’ve also set-up fully stocked coffee stations in cancer wards so that the patients and families can savor a hot drink at any hour of the day.

Uriel, who has been suffering from chronic childhood leukemia, is currently battling the physical and emotional aftermath of two bone marrow transplants, which put his cancer in remission but created a series of challenging side effects. On this particular day, Uriel was ready to engage in physical therapy. “He is doing much better, but honestly without ICSN, I have no idea where we would be,” Sarah said. “Our family does not have a car and ICSN helps us get around. They have literally been a lifesaver during these past 6 years, when Uriel was really sick. He’s had a tough time dealing with all of the treatments and we’ve had a tough time emotionally and financially. ICSN has been there for us throughout this ordeal and every volunteer driver always picks us up with a smile on their face.”

Personal outreach does have a distinct therapeutic effect, according to Prof. Dina Ben-Yehuda, Director of Hematology at Hadassah Ein-Kerem, and Professor of Hematology at Hebrew University’s Faculty of Medicine. “When you battle a disease like cancer, the supporters are just as important as the fighters. Because without the support of the family and people like Arele, the patients who are fighting the disease cannot win the battle. Arele and David, who I’ve known for 15 years, are also fighters, because if we are either short of a cancer-fighting drug or don’t have a certain life-saving medicine that is not included in the state health services basket at the hospital, Arele will make sure that it is purchased and delivered to the hospital. There’s no denying the fact that Arele and David are saving lives.”

There are also economic realities that the ICSN must deal with on a daily basis.

During the past year alone, ICSN has taken care of 10,000 people: from transportation to and from the hospital cancer wards, medical and financial assistance, to the coffee stations, which are open 24/7. These services cost nearly $50,000 a month and over $600,000 a year.

With the beginning of the Jewish New Year, the physical and economic challenges for both the patients and ISCN are daunting.
“With each New Year, the numbers of patients in metro Jerusalem and Israel continues to grow. For every patient who no longer needs our services, two more are calling us for assistance,” Arele explained.
And ICSN has a reputation for never turning down a person or family in need.

“Without the tireless efforts from Arele and ICSN, there is no doubt that many people would have given up a long time ago, which is truly tragic but a harsh reality for families who have to battle cancer,” said Shlomi, a former cancer patient. “A smiling volunteer driver picking you up in the middle of the night with his car to take you to the hospital, is just as valuable as the cancer treatment itself.” 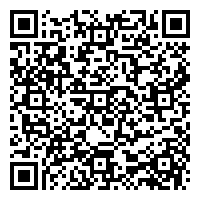