The head of Ohr Torah Stone and Chief Rabbi of Efrat, Rabbi Shlomo Riskin, on Wednesday awarded three women with the title of Spiritual Leader and Halachic Teacher, at the Susi Bradfield Women’s Institute of Halachic Leadership at Midreshet Lindenbaum of Ohr Torah Stone.

Rabbi Riskin told an audience of about 250 excited guests: “I had the privilege of examining the Rabbaniot Amira and Navit, on the oral exam. I assigned the exam a certain amount of time, but in the end I sat with them for three and a half hours and just wanted more. I thank you for making me so happy, that’s the best thing that can be, and I thank God, because when we started, there were people who question the idea of giving this recognition to women, but today, in this country, it’s no longer a question.”

It should be noted that, despite a misleading headline in Srugim, “On the eve of the giving of the Torah, two more women were ordained as Rabbis,” the title that was awarded the three women stops short of a rabbinic ordination, recognizing them instead as spiritual leaders and teachers of halacha – after they had completed the first and unique program of training women as authorized to rule on halachic issues and to become spiritual leaders.

It should also be noted that rabbinic ordination-semikhah in its classical sense, being handed down from a rabbi to his student going all the way back to Moses, died out in the 4th or 5th centuries CE. The Amoraim and Gaonim of Babylon already did not possess it, and therefore did not use the title Rebbi, being referred to as Rav instead, with restrictions on their powers and obligations. So that, for all intents and purposes, no one today is an ordained rabbi – neither male nor female. Today’s semikhah is more like a diploma than a living connection to Moses, Joshua and the elders.

The three newly authorized female leaders and halachic deciders are:

Rabbanit Navit Tzadik, mother of nine children, holds a BA and a teaching certificate in education and Judaism and a guide for brides, is a graduate of the Talmud Torah Institute in Matan, and is involved in educating and leading women in Beit Midrash and preparing the next generation of women studying Torah;

Rabbanit Amira Ra’anan, who teaches in advanced Torah institutions, including the Jacob Herzog Center, the Be’erot Yitzhak preparatory program, the Ohr Torah hesder yeshiva, teacher training courses, and a graduate of the halachic counselors track at Nishmat and the Matan Talmudic institute;

Rabbanit Yael Shimoni, who completed a three-year track and received the title of spiritual leader, and is currently the head of the “Meshivat Nefesh” project of the Beit Hillel Rabbinic Organization, and has been given the opportunity to realize her life’s dream to establish a new yeshiva for women.

Co-Chairman of Ohr Torah Stone, Rabbi David Stav, told the awarded women and the guests: “The Torah is not given to one group, it is given to the entire nation, to men and women. It is only natural that we ask that within the framework of Torah and tradition, there will also be women who are involved in the transmission of the Torah tradition. ‘My son, heed the discipline of your father, and do not abandon the teaching of your mother (Prov. 1:8). Mother’s teaching is part of the Torah that we wish to convey in this generation.”

“We are happy that there are women who have decided to dedicate their lives to Torah study, not only to study it but to teach it to different parts of Israeli society in which we live and work,” Rabbi Stav said.

The President Elect of Ohr Torah Stone, Rabbi Kenneth Brander, told the guests, “We do not wish to void the role of the community rabbi or harm the rabbinical profession, but to allow the Talmudic sea to become part of ‘your mother’s Torah.’ Let women who are capable enter into an intellectual debate with Rabina and Rav Ashi, Rava and Abaye, the Ra’avad and Maimonides, and with their broad Torah knowledge, teach others in all areas of Jewish law.”

“However, we must remember that we are all part of a metaphysical entity called ‘Am Yisrael,’ which obliges us as individuals to subject ourselves to tradition and halachah,” Rabbi Brander cautioned, adding, “This commitment directs us in our personal and professional aspirations, including the desire to allow women to serve as spiritual leaders and halachic teachers, to become Torah figures who continue the legacy of Deborah the prophetess.”

Rebbanit Amira Ra’anan said in her acceptance speech: “Over the past five years, we have dealt quite a bit with the concept of halachic rulings (psikat halacha). In the dictionary, psak-ruling means stopping, standing in place. Halacha (from holech-walker) means walking, stepping, progressing, moving from one place to another.

“Ostensibly, this is a contradiction. A person who is required to rule on halachah must stand in one place and at the same time advance. A halachic ruling should be planted, and not just stuck in place. On the one hand, it keeps the tradition of father’s house, and on the other hand it innovates a new floor in the same house. Sopping and walking, at the same time,” Ra’anan said. 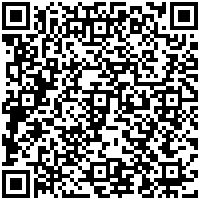