Former Prime Minister Benjamin Netanyahu, now leader of the Knesset Opposition, retweeted a call by the Sephardic Orthodox Shas party for participants in a prayer rally on Friday at the Western Wall.

“Everyone who values Jewish tradition” is being asked to arrive at the holy site to counter a gathering of the Women of the Wall, Shas chairman MK Aryeh Deri wrote.

“Tomorrow, Friday, the first day of the month of Kislev at seven o’clock in the morning, accompanied by ten other Knesset members, I will be arriving at the Western Wall to pray at the last remaining section of our Holy Temple,” he wrote.

Netanyahu’s decision to retweet the call by Shas places him squarely on the site of the hareidi religious public, who vehemently oppose the anti-Orthodox Women of the Wall organization.

The group holds monthly services on Rosh Chodesh (first day of each month in the Hebrew calendar), in the women’s section at the Western Wall, often with provocative actions that directly contradict rules at the site.

Director General of the Western Wall Heritage Foundation Mordechai Eliav, sent a letter to the Jerusalem district police chief saying, “The foundation does not take responsibility for maintaining public order in the plaza tomorrow.” Then group, he said, is simply not capable of mediating between the sides.

A police representative told Israel’s KAN 11 News public broadcaster “We will not allow disturbances at the Western Wall – we call on the parties to reach an understanding.”

The Prime Minister’s Office reportedly asked Labor MK Gilad Kariv not to participate in the Women of the Wall services, to avoid clashes. Kariv, a Reform rabbi, entered the Knesset back in April.

The Labor MK said that he will decide on whether or not to honor Bennett’s request once all of the remaining budget matters are approved by the Knesset.

Kariv recently used his parliamentary immunity to smuggle a Torah scroll in to a Women of the Wall service, in direct violation of the Justice Ministry mandate and against Western Wall rules.

Men sometimes participate in the group’s activities even though their rituals take place in the women’s section. The women do what they can to bring in a Torah scroll despite an edict from the Justice Ministry prohibiting the action.

Dozens of additional police officers are being deployed to the holy site on Friday, to prevent physical clashes from developing between the MKs and activists, and the Women of the Wall group.

The Western Wall Heritage Foundation has said it takes no responsibility for any protests or clashes at the site.

Gil Tannenbaum and TPS contributed to this report. 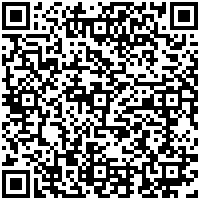