A 33-year-old pregnant Chassidic woman was assaulted Wednesday by a man in his forties as she was walking in the Crown Heights section of Brooklyn.

The assailant hurled the contents of a bottle of juice in her face, and then told her, “You people disgust me,” before fleeing the scene.

A pregnant Chassidic woman was the victim of an antisemitic attack yesterday in Crown Heights.

Clearly dressed in Chasidic attire, she was approached by a man on Eastern Parkway who threw juice in her face and said “you people disgust me.” He then fled.

The incident took place on Eastern Parkway between Nostrand and Rogers Avenues, according to a report by COLLive.

The assailant is described as a black male, approximately 40 years old.

Antisemitic incidents are common in the neighborhood which is home to African Americans, Carribean Americans and Latinos as well as the large and growing Chabad-Lubavitch community.

Two weeks ago, a suspect spat into a woman’s face and yelled antisemitic slurs at her while she was waiting for her children’s school bus. The suspect was later taken into custody by the NYPD 71st precinct and the department’s Hate Crimes force. 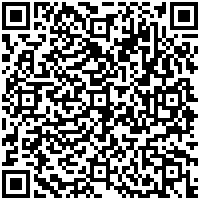