Rabbi Rimon, 53, from Alon Shvut, who is one of the Yeshivat Har Etzion rabbis, was appointed as Gush Etzion’s chief rabbi. Gush Etzion Regional Council Head Shlomo Ne’eman said: “We congratulate Rabbi Rimon – his successes will be the successes of the council and all of our residents.”

This evening for the first time in history, the Gush Etzion Regional Council elected a chief rabbi to represent the region. After a long process over the past year, in which the general public nominated candidates, a committee of rabbis and public leaders from the area submitted their recommendations and Rabbi Yosef Zvi Rimon was elected as Gush Etzion’s chief rabbi.


Rabbi Rimon has vast experience working with the public including serving as the head of the Beit Midrash at Machon Lev.

He is also the director of the organizations “Sulamot” and “La’ofek” (formerly Taasukatif), which worked to assist finding jobs for Gush evacuees and is currently involved in assisting populations in need, including providing employment and support for soldiers at risk and lone soldiers. He is considered one of the senior rabbis of halakhic law in religious Zionism. He is also a world-renowned expert on the laws of Shmita, and has a video series on that topic.

Rabbi Rimon is married to Sharon and is the father of eight daughters.

Regional Council Head Shlomo Ne’eman said: “Gush Etzion is privileged to have Rabbi Rimon serve the community. He is greatly admired and a true Torah scholar. The Rabbi has a deep connection to this area and its surroundings. He is a man of action, and an expert in halakhic interpretation. There is no doubt that we will greatly benefit from his appointment. We congratulate Rabbi Rimon – his successes will be the successes of the council and all of our residents.” 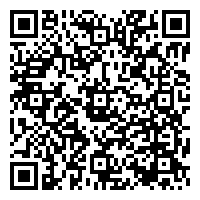